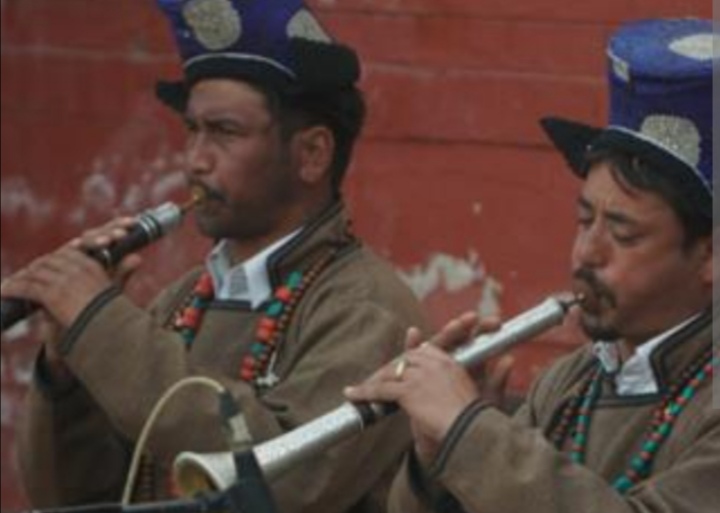 9 day food fest concludes at Kalagram on a musical note

The 9-day-long traditional food festival – ‘The Flavours of North India’ organised by the North Zone Cultural Centre (NZCC), Ministry of Culture, Government of India, concluded at Kalagram here today on a musical note.

Sunday, being a holiday and the last day of the first-ever food festival in the tricity by the NZCC, witnessed an unprecedented rush of food lovers drawn from various parts of the tricity. Fascinating folk dances and folk songs of various parts of North India kept the audience spellbound during the festival. The special attraction of the morning session was the instrumental musical presentations where artistes from the states of Punjab, Haryana, Himachal Pradesh, Uttrakhand, Rajasthan, Jammu and Kashmir and Ladakh played folk tunes of their respective regions”.

Food lovers enjoyed a virtual fare of lip-smacking cuisines and culinary treats and traditional flavours from various parts of North India. Appetising cuisines from Ladakh, Himachal Pradesh, Rajashthan, jammu and Kashmir attracted foodies to savour the scrumptious dishes under one roof. Gohana’s (Haryana) ‘jaleb’, Purvanchal and Rajasthan delectable dishes were a hit with the young and old alike. For coffee ‘addicts’ Jammu and Kashmir’s special beverage ‘Kehwa’ was a one-stop destination. There was something for everyone to gorge on. For the sweet tooth, Himachal Pradesh and Jammu and Kashmir had brought in special mouth-watering ‘halwa’.

Among the special visitors on the concluding day today, were 30 students of Scarlet Arts Academy, Mohali, who drew random caricatures of the sculptures, at Kalagram, flowers and ornamental trees dotting the sprawling campus. They had drawn special sketches of the food stalls put up at the venue.They later clicked selfies with the artistes. They were accompanied by the principal Shoma Das and their parents.

“A big round of applause to NZCC, the driving force behind hosting the food fiesta of this scale to roll out a range of food flavours from North India. What was unique about the fest was that food lovers relished their choicest food amid the haunting folk tunes, which added to the theme of the fest”, said Umesh Uppal, chief manager, State Bank of India.

“Arrangements made by the NZCC to make the visiting guests feel comfortable, including seating arrangements and hassle-free service, deserves a special mention. Taking a cue from the overwhelming response from the NZCC should host food festivals at least twice or thrice a year”, Said AMWA president S.S.Parwana.

The musical group La Carisalve, from the south central part of the Dominican Republic performed live and regaled the packed-like-sardines music lovers’ open venue with their powerful rendition for hours. The group is named after singer Caridad Severino, a descendant of a grand Salve tradition.