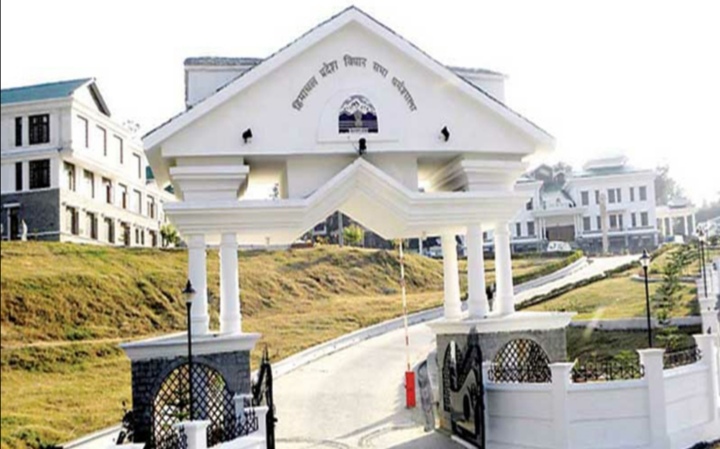 Administration geared up  for the winter session of Vidhansabha  in Dharamsala

Deputy Commissioner Kangra Dr. Nipun Jindal held a meeting with the district administration and officials of all concerned departments on Wednesday at Dharamsala,  regarding arrangements for the winter session of the Himachal Assembly  to be held in Dharamshala.

The Deputy Commissioner informed the media, “ the dates of the winter session of the Vidhan Sabha to be held in Dharamshala this year have not been decided yet, but it  is likely to be held anytime after December 20, 2022. In view of this, all the departments should ensure their responsibilities for the successful conduct of the assembly session and complete their preparations well in time.”

In the meeting, discussions were held regarding the arrangements for security during the Vidhan Sabha session and other necessary arrangements including accommodation of Vidhan Sabha members and senior officers, traffic management, drinking water and electricity supply, catering, health and sanitation arrangements.

Dr. Nipun Jindal instructed the concerned departments  to make proper arrangements to maintain law and order as well as the traffic system smoothly. On this occasion, he directed the health department to make special arrangements in Vidhansabha complex, Zonal Hospital Dharamshala and Tanda Medical College.

During this, he also inquired about all the arrangements related to Public Works, Jal Shakti, Electricity, Police, Tourism, Health, Information and Public Relations, Fire Fighting, Transport and other departments and asked the concerned officers to complete all the preparations related to their departments in time. Gave instructions to

This would be the first assembly session after the Himachal assembly elections 2022 , in which the Congress won forty seats in 68 seater vidhan sabha to overturn BJP government .BJP could only manage to win 25 seats, three independents also came out victorious. All MLAs will take the oath in this session for which Ch Chander Kumar ,MLA from Jawali in Kangra district has been appointed as pro tem speaker.

In 2005, the Congress regime headed by Virbhadra Singh decided to hold the assembly session in Dharamshala, for the first time outside Shimla there after the Vidhan Sabha complex at Tapovan on the outskirts of Dharamshala came up in December 2008 at a cost of Rs 11.87 crore. Now according to a tradition, the winter session of the assembly is held in Dharamsala every year, with the entire government, including the Chief Minister, moving here from Shimla.

Sukhu’s Would be Cabinet, A picture is worth…