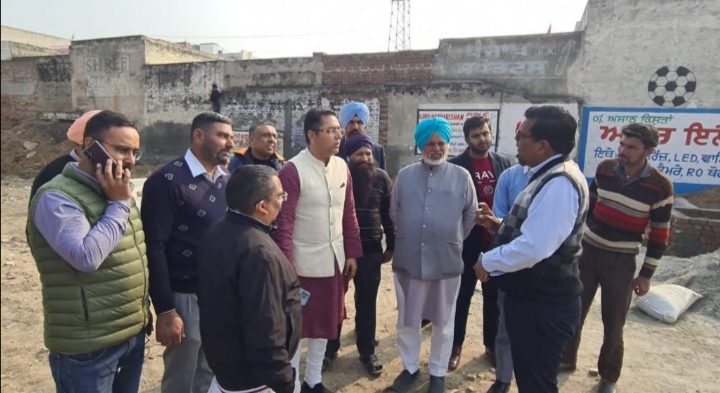 Misuse of government funds will not be tolerated: Aman Arora

During the inspection, Cabinet Minister Aman Arora meticulously observed the ongoing construction work of the sewerage manhole chamber and found that old bricks were being used in some places. Taking serious notice of this, Mr. Aman Arora said that the misuse of government funds, released for the multi-faceted development works by the Punjab Government under the leadership of Chief Minister Punjab Bhagwant Mann, will not be tolerated.

In view of those irregularities, the concerned contractor and departmental officials were directed strictly to maintain the standards of the works. The Cabinet Minister said that any kind of negligence will not be tolerated in the ongoing development works on the land of Shaheed Udham Singh. He said that the concerned officials should perform their duties properly. He said that under the leadership of Chief Minister Bhagwant Mann, it is the main goal of the Punjab government that people’s money should be utilised 101 percent honestly and properly.

Living up to his commitment to serve the people of Sunam, the Cabinet Minister Aman Arora, in the beginning of January of this year, had laid the foundation stone of the street vending zone at the old vegetable market of the city, which would prove as a boon for the vegetable and fruit vendors in the city in coming future. The cabinet minister also instructed the officials to complete this vending zone within three months.

Punjab police is committed to make Punjab a…

We should do natural farming to save our…