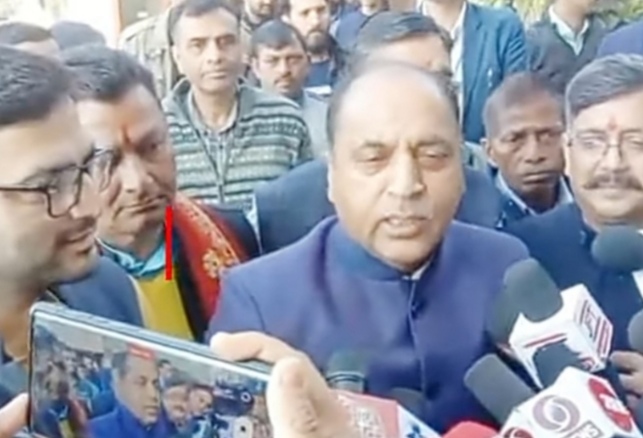 As the Assembly Election results in Himachal are just 4 days away, BJP high command of the state is hosting a one day  feedback session of the polls of all the 68 constituencies today in Dharamsala. All the 68  BJP candidates who fought the election and polling for which was conducted on 12 November this year are called for  feedback so that a report could  be prepared and sent to the high command and the victory  be assessed.

BJP  has worked to repeat the government  this time  in Himachal .  BJP and Congress formed governments on turn bases in the past elections in four decades in Himachal .

Chief Minister Jairam Thakur while talking to the journalists said that he will review the election and counting of votes in the meeting, but it is certain that BJP will form the government again in the state.

In a verbal attack on the Congress, Jairam said that 8 to 10 people were contesting the elections this time as future Chief Ministers, but all Congress leaders who claim to be CMs are sure to be defeated. He said, “I am thankful to the public of the state for a record voting ,which was more than 76%. All surveys  and analysis till date shows that on 8th of this month  BJP is going to repeat the formation of government in Himachal .”

Party sources said that the party  will also assess how many independent candidates will emerge victorious and what will be their role. Out of these, how many may be associated with the ideology of the party and how many with other ideas.

The counting of votes shall be done for all the 68 constituencies on 8 th of December .