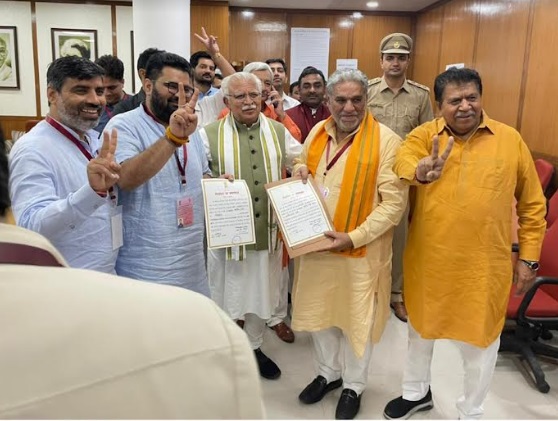 In a battle of nerves, BJP Krishan Lal Panwar and the party-backed Independent candidate Kartikeya Sharma were declared winner for the two seats of Rajaya Sabha in Haryana. The result was declared late in the night and around 3 AM in the morning CM Khattar offered sewats to the winning candidates.

It all happned after a high drama over allegations of violations of polling rules that delayed the counting by more than seven hours.

As per the  Election Commission officials, Congress candidates Ajay Maken did not get the required votes. The party said one of its MLAs cross -voted while the vote of an MLA was declared invalid.