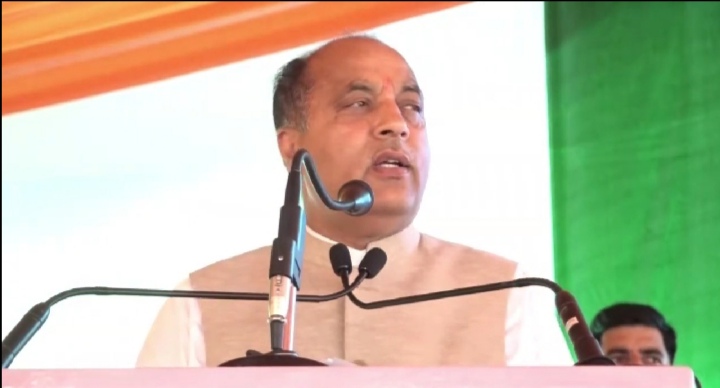 This project of National Importance to herald 2nd Industrial revolution in the State, especially in the Pharmaceutical sector: CM

The Detail Project Report (DPR) of the Bulk Drug Park to be come up at Haroli in District Una has been given the final approval by the Central Government. Disclosing this Chief Minister Jai Ram Thakur said that the Scheme Steering Committee of the Union Government gave its final approval today.

Expressing pleasure on the consent given by the Scheme Selection Committee for the Bulk Drug Park, the Chief Minister said, “Final approval of this project of National Importance will herald the 2nd Industrial revolution in the State, especially in the Pharmaceutical sector”. He also added that this project was a result of ‘Double Engine Government’ (of Centre and State), that works in unison and strengthened the Spirit of Competitive and Cooperative Federalism.

Jai Ram Thakur said that the State Government and the department industries was committed to execute both Medical Device Park & Bulk Drug Park in time bound manner so that the entire region could reap the benefits of these mega projects. He said that it was an historic moment both for the State Government and people of the State adding that Bulk Drug Park will not only ensure the retention of existing pharma formulation units in the state but also will a step towards making India self-reliant in API sector. He also appreciated the stupendous task accomplished by the team of Industries department and E&Y consultants.

Chief Minister said that this project would be implemented through Himachal Pradesh Bulk Drug Infrastructure Limited which would be State Implementing Agency (SIA). He said that total estimated cost of the Bulk Drug Park Project was Rs. 1923 crore, out of which the eligible CIF for GoI grant was Rs. 1118 crore and the remaining amount of Rs. 804.54 crore would be borne by the State Government.

He said that this Mega project would give boost to numerous economic activities in its surrounding, which would induce socio-economic activities such as allied industries, housing, education and commercial activities. He said that it would provide new opportunities to young entrepreneurs, improved standards of living for people in adjoining five districts Una, Bilaspur, Kangra, Solan and Hamirpur.

Industries Minister, Bikram Singh Thakur stated that the industries department had played a very important role in accelerating the industrial development in the state, under the dynamic leadership of Chief Minister Jai Ram Thakur. He said that the state Department of Industries had submitted the DPR of Bulk Drug Park to the Department of Pharmaceuticals, Government of India on 3rd October 2022. He said that the Scheme Steering Committee in its meeting today under the Chairmanship of Secretary, Department of Pharmaceuticals, Government of India, had a wide discussion on the DPR and gave the final approval. This committee had representatives from Ministry of Environment, Forest and Climate Change (MoEFCC), Department for Promotion of Industry and Internal Trade (DPIIT), Ministry of Health and Family Welfare, Government of India (MoH&FW), Director General Drug Controller of India (DCGI), and Industrial Finance Corporation of India (IFCI).

Congress to intensify protests against Sarari