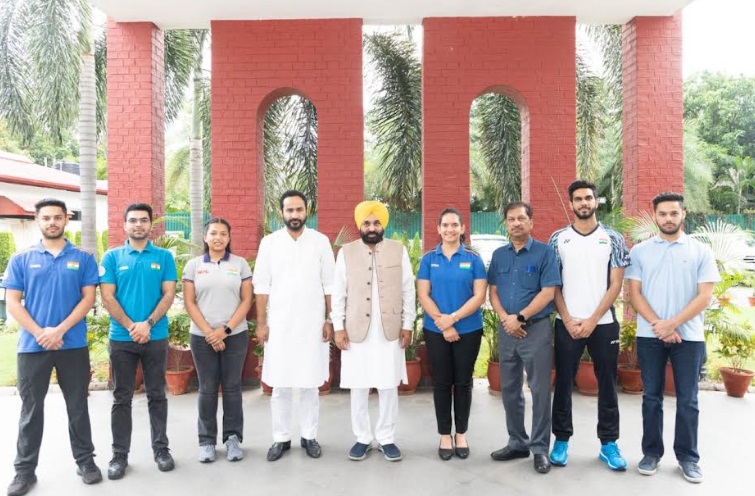 Punjab Chief Minister Bhagwant Mann on Sunday felicitated the promising players of state who have recently brought laurels for the country.

The Chief Minister, while interacting with the players, said that the state government is making strenuous efforts for boosting up Sporting activity in the state. He envisioned that Punjab will be soon a front runner state in field of sports across the country. Bhagwant Mann also extended best wishes to player for the upcoming sporting events at the national and international arena.

The Chief Minister also exhorted the players to pull up their socks for performing well in Asian Games slated next year and Paris Olympics scheduled to take place in 2024. Bhagwant Mann assured them of fulsome support and cooperation by the state government.