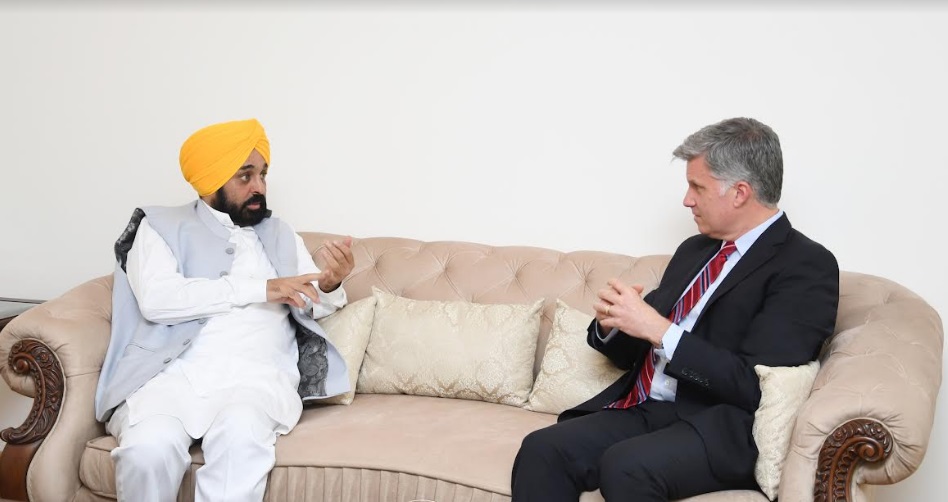 The Chief Minister flagged the issue with Canadian High Commissioner Cameron Mackay, who called on the former at his residence on Friday.

The Chief Minister expressed concern over the mushrooming up of gangs and gangsters in both the countries. Bhagwant Mann informed the Canadian High Commissioner that gangsters operating from Canadian soil are disturbing hard earned peace of state. He said that these gangsters create law and order problem on one hand and derail the progress of the state on other hand.

Advocating a harsh punitive action against the gangsters, Bhagwant Mann said that they should be punished under severest of severe provisions of law so that it acts as deterrent for others. The Chief Minister, while batting for joint Police operation between Canada and Punjab, said that it is the only way which can free both these lands from gangsters. He apprised the High Commissioner that Punjab Police has a glorious tradition of upholding law and order situation even in hostile situations adding that if advanced Police force like Canada cooperates with Punjab Police then these gangs can be weeded out from easily.

The Chief Minister asked the Canadian High Commissioner to explore the feasibility of having a direct tie up between Punjab and Canada Police so that gangsters can be put behind the bars. He said that this is need of the hour as gangsters and their actions are posing serious threat to life, economy and society in both Canada and Punjab. Bhagwant Mann expressed hope that the Canada and Punjab will script a new success story with this robust cooperation.

Ranjit Sagar lake in Pathankot to be developed…