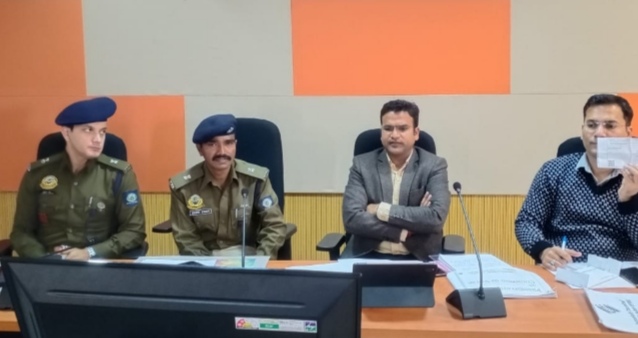 Counting of votes will start from 8 am on December 8, the district administration is gearing up

In this series, a training workshop was organized for all the election officers of the district on Monday at Dharamsala .

“Transparency and fairness should be ensured in the entire process of counting of votes. All officers should carefully read the rules of the Election Commission related to the counting of votes, so that there is no confusion,” instructed Dr Jindal.

He said , “ only authorized people would be allowed inside the counting venue during the counting of votes. The entire process will be video graphed.”

ADM Rohit Rathore, ASP Badri Singh and election officers of all 15 assembly constituencies of the district along with  officers associated with the security arrangements of counting centers participated in the workshop.

Kangra district  has 15 seats in the 68 seater Himachal assembly for which polling was conducted  on 12 th November .