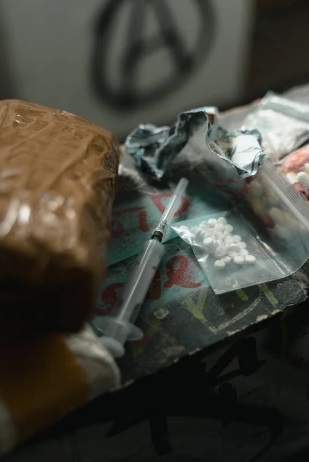 Amid the ongoing war against drugs waged by Chief Minister Bhagwant Mann, Punjab Police in last week has recovered over 7.93 lakh tablets/capsules/injections of Pharma opioids from across the state. The 7.93 lakh Pharma opioids include 6.82 lakh intoxicant tablets, 17169 injectable narcotics, 85442 intoxicant capsules, and 8648 vials of intoxicant syrup.

The major recovery comes after the Fatehgarh Sahib Police had busted a pharmaceutical drug cartel after making a big seizure of over 7 lakh tablets/capsules/injections of Pharma opioids during a raid at an illegal storage godown in Saharanpur district of Uttar Pradesh, said Inspector General of Police Sukhchain Singh Gill, who was addressing his weekly Press Conference here on Monday.

The IGP said that thorough and deep investigations into the previous case, wherein, Police had arrested two persons after recovering mere 175 injections of Buprenorphine and 175 vials of Avil, helped the Fatehgarh Sahib Police to nab the main supplier.

Pertinently, Director General of Punjab (DGP) Punjab Gaurav Yadav had given strict instructions to all the CPs/SSPs to investigate backward and forward linkages minutely in each and every case, especially related to drug recoveries, even if they recover the meager amount of drugs.

Divulging weekly updates on drugs, the IGP said that Punjab Police have arrested 508 drug smugglers/suppliers after registering 389 first information reports (FIRs), including 40 commercial, under the Narcotic Drugs and Psychotropic Substances (NDPS) act across the state in the last one week. In addition to this, the Police have also arrested 31 Proclaimed offenders and absconders wanted in NDPS cases in the past week, he added.

Apart from recovering Pharma opioids in massive quantities, the Police have also recovered 8.37Kg Heroin, 32.28Kg opium, 53.2 Kg Ganja, and 140 quintals of poppy husk besides recovering Rs 11.73 lakh drug money after carrying out cordon and search operations in drug-affected areas beside laying nakas at vulnerable routes across the state.

Talking about the trends in drug smuggling, IGP Sukhchain Gill said that using Emergency Service vehicles like Ambulance for drug smuggling raised serious concerns. As per the information, the Mohali Police on Sunday had three persons after recovering 8Kg opium concealed in a pillow placed under the head of a fake patient lying in an Ambulance during a special Nakabandi on Ambala-Chandigarh Highway near village Dapper.

He said that in wake of this incident, all the CPs/SSPs have been asked to conduct meetings with Hospitals and NGOs providing Ambulance services to get the list of genuine Ambulances so that safe passage could be provided to patients, while, keeping vigil on the anti-social elements using Emergency Service Vehicles for wrongdoings.

Meanwhile, the DGP has strictly ordered all the CPs/SSPs to further tighten the noose around the drug smugglers by identifying all top drug smugglers and the hotspots infamous for drug smuggling in their jurisdictions and launching a combing operation to nab all those selling/smuggling drugs. He also directed the Police chiefs to effectively forfeit the property of all the arrested drug smugglers so that their ill-gotten money could be recovered.

Primeminister Modi will intract virtually with beneficiaries of…