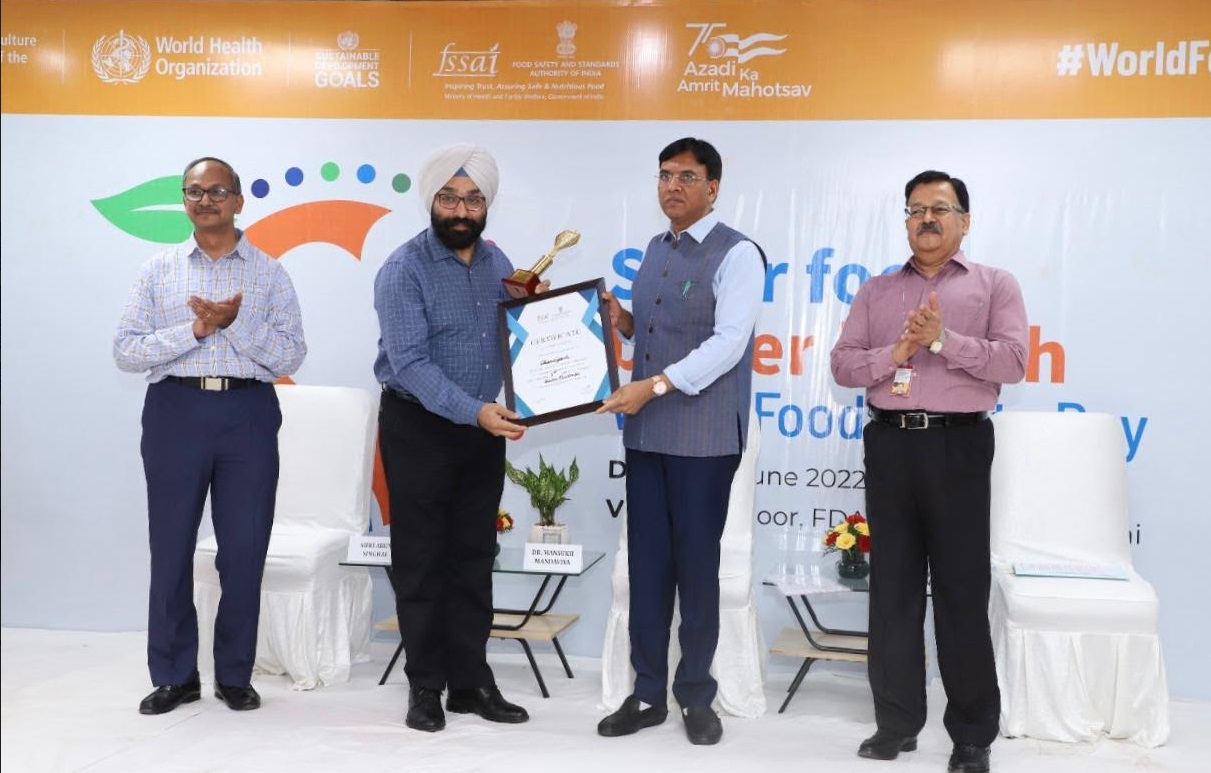 Chandigarh, 7th June 2022.  Food Safety and Standards Authority of India (FSSAI) has initiated the Eat Right India movement in which the Heads of the Municipal Bodies, Districts and Food Safety Commissioners were invited to participate in the Eat Right Challenge to ensure safe and healthy food in various cities and districts of the country.

On the occasion of World Food Safety Day at FSSAI HQ, New Delhi, City Beautiful has received three awards. Chandigarh has been awarded a Certificate of Excellence for becoming one of the finalists among top 11 Eat Smart Cities in the country. The city also received a Certificate of Excellence for its exemplary performance in the Eat Right Challenge and also bagged 3rd position under the category of UTs in the State Food Safety Index 2021-22. The awards were given by Hon’ble Union Health Minister,  Mansukh L. Mandaviya Bharati Pawar.

The Eat Right Challenge is envisioned as a competition among districts and cities to recognize their efforts in adopting and scaling up various initiatives under Eat Right India. Further, it is meant to motivate states to improve performance and encourage others to join.