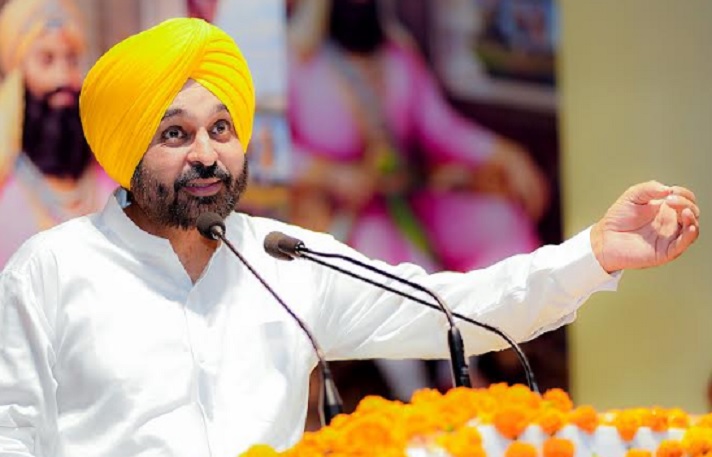 Give chance to youth who had cleared physical and written exam: CM Mann

GIVE CHANCE TO YOUTH WHO HAD CLEARED PHYSICAL TO APPEAR IN WRITTEN EXAM INSTEAD OF IMPLEMENTING AGNIPATH: CM URGES GOI

REITERATES DEMAND FOR ROLLING BACK OF THIS WHIMSICAL SCHEME

The Punjab Chief Minister Bhagwant Mann on Saturday said that those youth who had cleared physical in last two years must be to given chance to appear in written exam for joining Army instead of implementation of Agnipath scheme.

In a statement issued here today, the Chief Minister, while reiterating demand for roll back of Agnipath scheme, said that it is ridiculous that from last two years thousands of youth have cleared the physical test of Armed forces but they have not been called for the written exam. On the contrary, he said that the NDA government had in a whimsical move introduced the Agnipath scheme which allows short service of four years to youth in Army san any pension. Bhagwant Mann said that this is grave injustice with the youth of the country who want to serve their motherland by joining the Indian Army.

The Chief Minister said that the Union government must take back this scheme and allow the youth, who had cleared their physical test in last two years, to sit in the written exam. He said that this will give them a fair chance to join Indian Army and serve their motherland. Bhagwant Mann said that this is need of the hour as this irrational move has already put the country on boil as youth from every nook and corner of India are agitating against this decision.

The Chief Minister said that Agnipath, if implemented, will dilute the fighting ability of the soldiers as in mere four years they will not have much experience to combat enemies in rough terrain of battlefields. He said that moreover this scheme will render the youth jobless after a short stint of four years in the Army that too without any security for his future. Bhagwant Mann said that this half-baked policy is an absurd idea which will further push the youth in vicious cycle of unemployment and poverty, which will be detrimental for unity, integrity and sovereignty of the country.