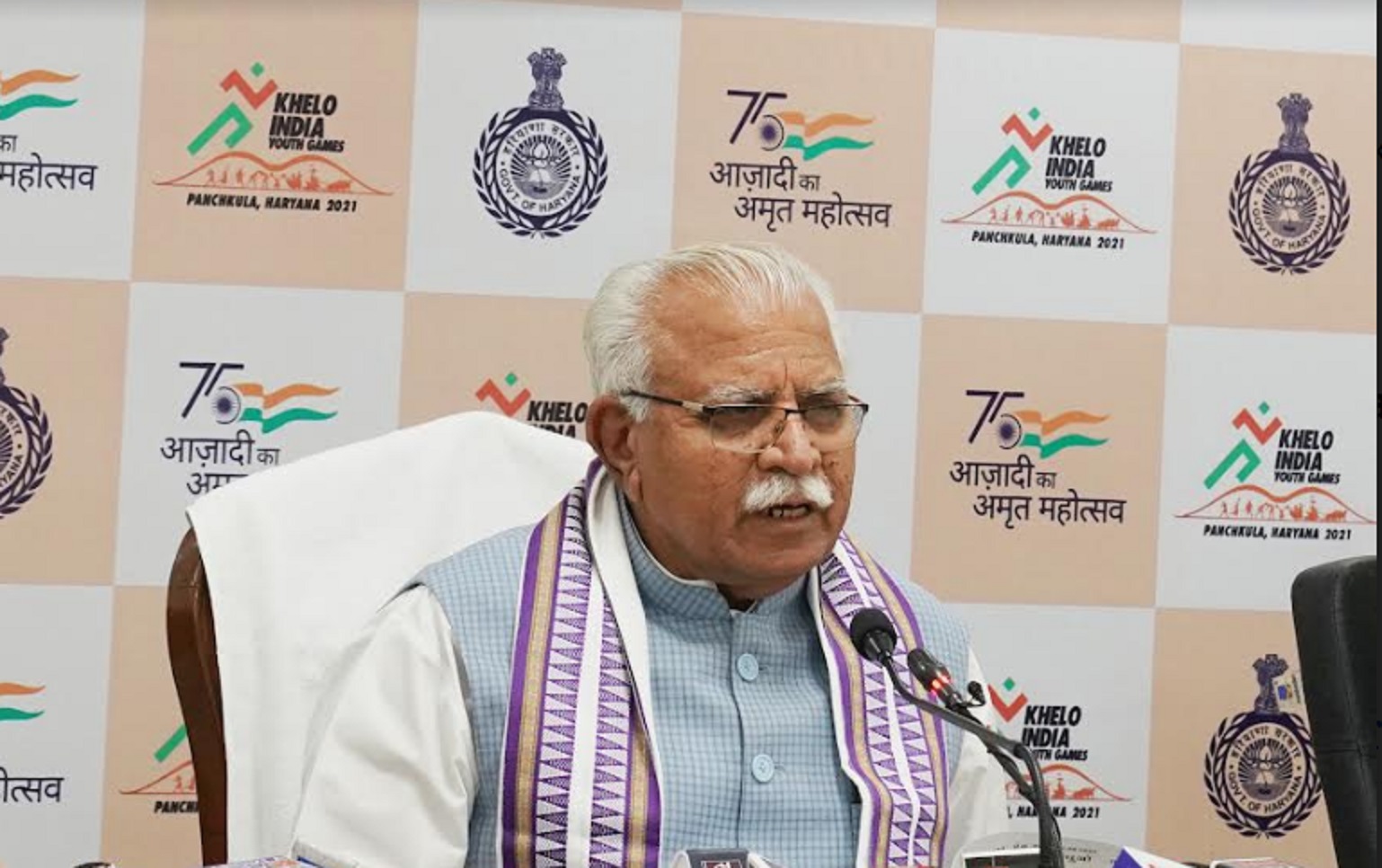 Haryana Government, under the able leadership of Chief Minister, Sh Manohar Lal, has taken several historic decisions since 2014 to encourage sports culture in the state. These breakthrough decisions include: creating state-of-the-art sports infrastructure in the state and a huge hike in the prize money of the players among others. As a result of these cutting-edge initiatives, sports culture got a gigantic boost in Haryana and enormous zeal and enthusiasm was infused among the sportspersons. Now, as Haryana is all set to welcome players from across the country for the Khelo India Youth Games, excellent and world class sports infrastructure has been crafted in Panchkula, Ambala and Shahabad.

Under the preparations for Khelo India Youth Games, Tau Devi Lal Stadium in Panchkula has also been modernized. A world-class sports infrastructure has been constructed here, which will not only benefit the sportspersons from Panchkula but players from across the Tricity and the state can take advantage of this advanced facility in the coming years. This avant-garde infrastructure will serve to promote sports and sportspersons and at the same time it will also strengthen the sports culture among youths. This ultra-modern infrastructure can also be used for big sports events be it national or international.

Chief Minister, Sh. Manohar Lal proudly states, “Haryana has made a distinct identity in the field of sports at national and international levels. The State Government is consistently providing modern facilities to the players so that they could bring laurels to themselves and the state in the world of sports. Players have proved it by clinching medals again-and-again at global level. If they get right opportunities and correct guidance, then they can fetch several awards and medals in the future too.”

The Chief Minister said that the government had spent Rs 150 crore on building an ultra-modern sports infrastructure last year. There is a lot of sports talent in Haryana, it just needs to be refined and in that path this sports infrastructure will play an important role. The Chief Minister said that it is the government’s objective to provide international level facilities to the players of Haryana and continuous work is being done in this direction.

A new and futuristic 400 meter athletics synthetic track and a warm-up synthetic athletics track has been prepared at Tau Devi Lal Stadium in Panchkula for the Khelo India Youth Games. Apart from this, a football ground and astroturf hockey ground have been constructed. Construction of 3 multipurpose halls and renovation of badminton hall has been done in the stadium. The Hockey Stadium at Markandeshwar Hockey Stadium Shahabad has been modernized. Similarly, an Olympic size all-weather swimming pool of international standard has been built at Ambala and the gymnasium hall and football ground have also been renovated for the games.

Notably, under the Khelo India Youth Games to be held in Haryana from June 4 to June 13, 19 games will be organized in Panchkula, two in Chandigarh, two in Ambala, one in Shahabad and two in Delhi. More than 8,500 athletes will participate in these games. Apart from this, lakhs of spectators are expected to cheer the players. The preparations for these games have been completed and Haryana is just waiting to welcome the sports-stars and for the games to start.

World Environment Day: Time To Act For A…