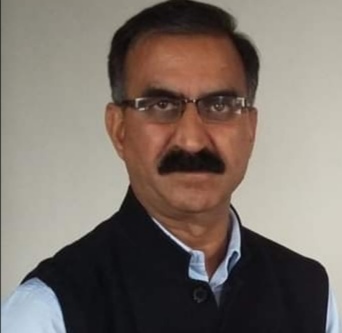 Dharamshala (Arvind Sharma)26/12/22
The State Government has suspended the functioning of Himachal Pradesh Staff Selection Commission Hamirpur with immediate effect keeping in view the instance of leakage of question paper for the post of Junior Office Assistant (IT) to be held on 25th of this month which shows the commitment of Chief Minister Sukhvinder Singh Sukhu to provide corruption free and responsive administration to the people of the State.
While interacting with media, Principal Advisor (Media) to Chief Minister Naresh Chauhan said that it was also apprehended that this malpractice was going on for quite some time and prima facie, it appears that the Commission has not discharged its duties and responsibilities in a transparent manner.
Naresh Chauhan said that the State Government led by the Chief Minister Sukhvinder Singh Sukhu was committed to ensure zero tolerance against corruption and has taken this historic decision to ensure complete transparency in functioning of the Commission. He said that this would also help in instilling faith of the job seeking youth in recruitment agencies.
Principal Advisor (Media) to Chief Minister said that on the directions of the Chief Minister the ADG SV&ACB has constituted an SIT to look into more revelations regarding alleged malpractices in past exams conducted by HPSSC.  He said that the team would be led by DIG SVACB, G Sivakumar and assisted by 3 Superintendents of Police, 4 Additional Superintendents of Police and 3 Deputy Superintendents of Police and other senior officers. He said that they would conduct enquiries/investigations to the allegations.  He said that a separate technical team also been constituted to assist on-going investigation in Hamirpur.

SJVN is executing Hydro Electric projects in the…