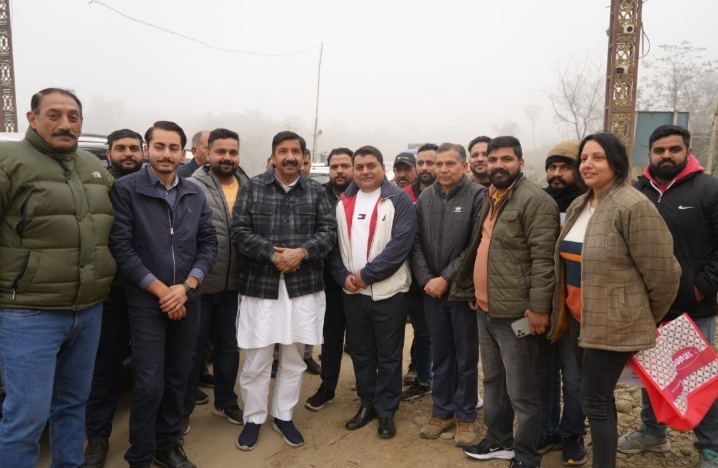 The Government is committed to tighten its noose on the mining and drug mafia and will launch an extensive crackdown in the times to come, stated Deputy Chief Minister, Mukesh Agnihotri while interacting with district level officers at village Ghaluwal in Una today.

Deputy Chief Minister said that a decisive campaign would be launched to curb the illegal mining and drug peddling menace. He said that the mining mafia had been very active during the last five years and to curb this menace is the utmost priority of the State Government. He directed the district administration to keep a strict vigil on mining and drug mafia and to launch an awareness campaign as well. He also directed to take up this issue with their neighbouring counterparts.

Deputy Chief Minister said that since Rs. 1500 crore had been spent for channelization of Swan river and eye should be kept on vandals who try to destroy the government property. He also directed the officers of Jal Shakti Department to take appropriate action against the persons attempting to damage the public properties including the water resources.

Shri Agnihotri directed to install solar lights on the Haroli-Rampur bridge within 15 days and also to prepare a DPR for construction of the proposed Pandoga-Tayuri bridge.

Deputy Chief Minister said that various facilities in Haroli hospital would be strengthened to provide quality health services to the people of the area. He said that the Haroli assembly segment had given him a huge mandate during the Vidhan Sabha election-2022. He also addressed the grievances of the people who met him in numbers at Ghaluwal rest house.

CM Sukhu has prerogative to choose minister from…