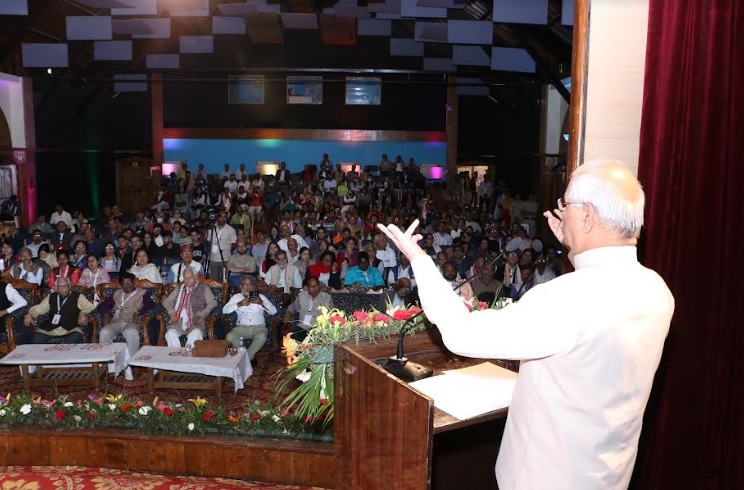 While presiding over the valedictory function of the International Literature Festival at the historic Gaiety Theatre, Shimla today, Governor Rajendra Vishwanath Arlekar said that the basic nature of literature was related to publication. The thoughts which were based on truth in your mind should be published and expressed in front of the society, he added.

He said that literature has been called a ‘mirror of expression’, which could be a description of the times and also it depicts the situation of today. He added that the issues of the society should come out in the form of literature.

“Writing should not be ‘swant sukhay’. But, the writing should be based on truth”, said the Governor. He stressed on the need to bring the anonymous faces of the freedom movement and events should be brought forward through literature. He supported the idea of giving literary status to film scripts.

Shri Arlekar said that it is necessary to read literature and reading habit should be inculcated amongst children.

He appealed to the Sahitya Akademi that International Literature Festival should be the regular feature in Shimla.