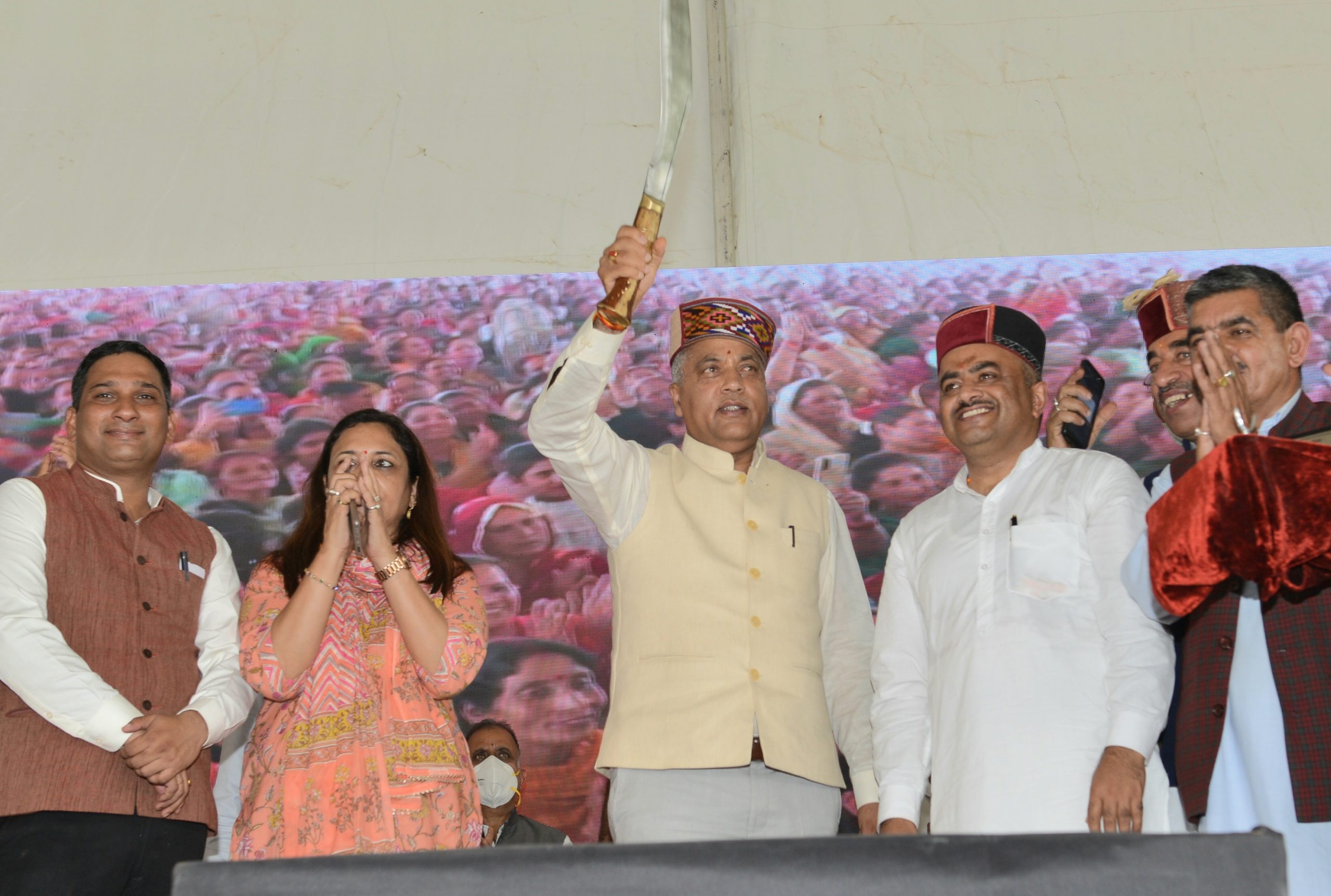 Himachal Pradesh has made unparalleled development in all spheres : Jai Ram Thakur

Chief Minister said that the Nation was celebrating 75 years of independence and Himachal Pradesh was also celebrating 75 years of its existence. He said that the Nation attained freedom after a long struggle and a lot of sacrifices, therefore, it was vital that the younger generation was also sensitized about the sacrifices made by our great freedom fighters. He said that the Union Government has decided to celebrate this historic year as ‘Azaadi ka Amrit Mahotsav’. He said that the State has also chalked out a calendar of events to be conducted by various state government departments under the banner of ‘Azaadi ka Amrit Mahotsav’ to celebrate this occasion in a befitting manner.

Chief Minister said that there was a time when people of the State were forced to cross the rivers by wooden suspension bridge or on inflated skin of buffaloes by risking their lives, whereas today the State has over 2326 bridges connecting every nook and corner of the State. He said that Solan district came into existence in September, 1972 and since then the district has made immense progress in all spheres.

Jai Ram Thakur said that it was due to the able and dynamic leadership provided by the Prime Minister Narendra Modi that India not only successfully developed indigenous vaccines, but also successfully launched the biggest vaccination campaign of the world against the corona virus. He said that far off villages like Malana and Bara Bhangal were also vaccinated by launching special drive. He said that the State emerged as a pioneer State in effective covid-19 management and also became the first State in the country to achieve the target of cent per cent vaccination of eligible population.

Chief Minister said that the present State Government has completed about four and a half-year in office, during all these years it ensured equitable and balanced development of the State. He said that people of the country have totally rejected the Congress party and now it was the turn of people of Himachal Pradesh to ensure that the BJP again forms Government in the State  so that the pace of development due to the double engine governments at the Centre and the State goes uninterrupted.

Jai Ram Thakur said that the present State Government has started several welfare schemes for welfare of every section of the society and development of every area of the State. He said that over 3.32 lakh gas connections were provided free of cost by the State Government under Grihini Suvidha Yojna. He said that 50 percent concession was being provided in HRTC buses to women passengers and free drinking water was being provided to rural consumers. In addition to this, 125 units free electricity was also being provided to domestic electricity consumers in the State, he added.

Jagdeep Dhankar is the new Vice president of…