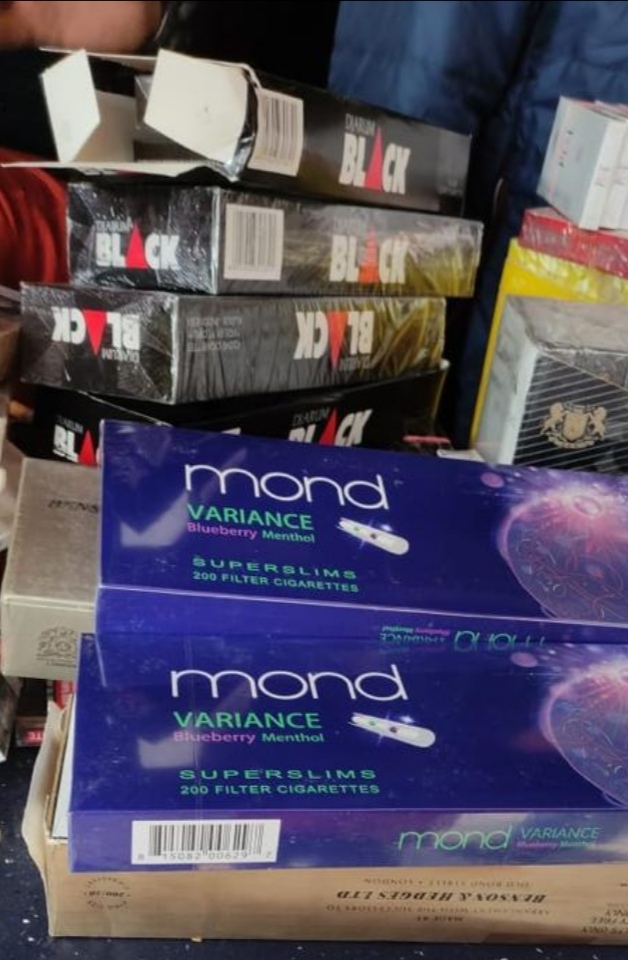 In a joint raid, adminustartion has seized imported cigarettes

Chandigarh,27th December,2022.
As per the directions of Chairman-Cum-Additional Secretary Health, Chandigarh Administration, a Joint Team comprising officials of Health Department, Police Department, Excise & Taxation Department, Department of legal Meteorology, Food safety & Drug Control wing conducted a joint raid on 27th Dec. 2022 at a shop situated at Village Attawa (Sector-42), Chandigarh which was found having stock and selling imported cigarettes without having any purchase record and the mandatory pictorial warning regarding health hazard as required under the Cigarettes and Other Tobacco Products (Prohibition of Advertisement and Regulation of Trade and Commerce, Production, Supply and Distribution) Act, 2003.
The challan was issued to the shopkeeper by the Excise & Taxation department against the illegal Stock/selling of imported cigarettes under GST norms violation and the Five different types of Pan Masala samples were collected for the test & analysis purposes under the FSSAI Act by the Food Safety wing. The illegal cigarettes amounting to around Rs. 40,000/- were self destroyed by the shopkeeper.
Such raids shall be continued in future by the Permanent Task Force constituted by the Chandigarh Administration to make public more aware about COTPA and harmful effects of tobacco consumption and to prevent sale of illegal imported cigarettes.