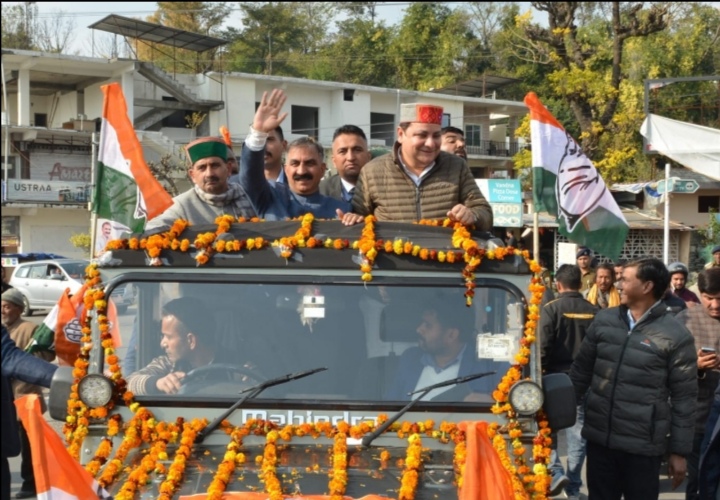 Indebted to the people of Kangra for their massive mandate in Elections: CM Sukhvinder Singh Sukhu

Indebted to the people of Kangra for their massive mandate in Elections: CM

Given rousing welcome on reaching Dharamshala

A rousing reception was accorded to Chief Minister Sukhvinder Singh Sukhu at Dharamshala, the moment he landed at Police Ground Helipad today to preside over a mega ‘Jan Aabhar Rally’. He was accompanied by co-incharge of Congress for the State, Tajinder Singh Bittu.

This was his first visit to Dharamshala after being sworn in as the Chief Minister on 11th December, 2022. “I heartily honour the massive mandate given by the people of the Kangra in the assembly elections and I assure, that special focus would be laid for the development of the district in all spheres”, said he, while interacting with the media and the masses who had gathered in numbers to have a glimpse of their leader and welcome him.
Pro-tem Speaker Chander Kumar, MLAs, district officers, people from different walks of life had lined up in thousands to welcome the Chief Minister en route from Police line to the Zorawar Stadium, Dharamsala, the venue of ‘Jan Aabhar Rally’.