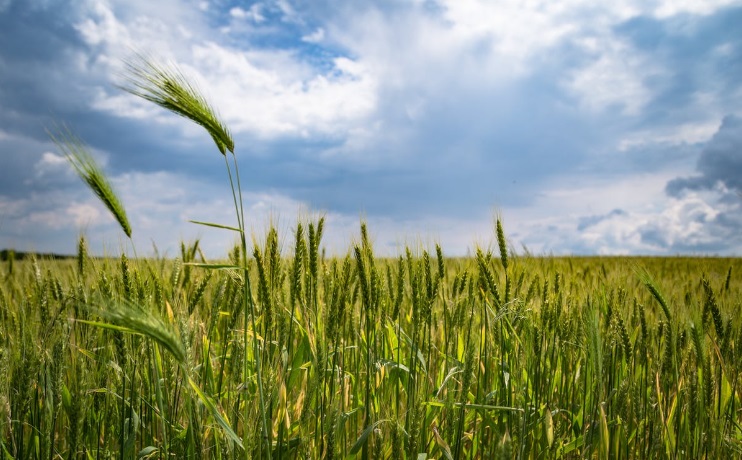 Special efforts are being made to make Himachal Pradesh self-sufficient in agricultural production and to improve the economy of the farmers. Various ambitious schemes and programs are being run by the present State Government for giving fillip to the agriculture sector besides strengthening the socio-economic condition of the farmers. A provision of Rs 628.52 crore has been made for the agriculture sector in the current financial year.

Majority of the population of Himachal Pradesh is dependent on agriculture and allied sectors for their livelihood and this sector is providing direct employment to about 70 percent people. Keeping this in mind, the state government has laid special emphasis on crop diversification, increasing agricultural production and improving quality of the produce.

About 9.44 lakh hectares of land is under cultivation in the state and it contributes about 13.62 percent of the GDP. The State Government is determined to pour out the benefits of various developmental programs and modern technology to the farmers. Natural resources like land and water are being utilized in such a way so as to ensure economic upliftment of farming community by adopting environment protection measures.

Special emphasis is being laid on increasing the production of high value crops by adopting modern technologies. Prakritik Kheti, Khushhal Kisan Yojna is being implemented by the state government to encourage natural farming. The objective of this scheme is to enhance the farmers, income by reducing the cost of crop production and to save the soil and human from the harmful effects of chemical fertilizers and pesticides. Rs. 58.46 crore has been spent under this scheme till date.

Himachal Pradesh Crop Diversification Promotion Project is being implemented to promote crop diversification in the state. In view of the successful results of JICA phase-1 in the state, JICA phase-2 has also been approved. Under this, a budget of Rs. 1010.13 crore has been proposed.

State Agricultural Mechanization Program for mechanization in the agriculture sector is being implemented in the state. Under this scheme, power tillers and power weeders, brush cutters, rota weeders, chaff cutters, wheat thrashers, maize shellers, crop reapers etc. are being provided to the farmers of the state on subsidy.  Rs. 74.88 crore has been spent under this program in the last four years.

Similarly under Mukhyamantri Khet Sanrakshan Yojna, for the protection of crops from stray animals, monkeys and other wild animals, 80 percent subsidy is being provided to farmers for setting up solar-powered fencing at individual level and 85 percent for group based fencing. During the last four years Rs. 186.28 crore has been spent on this scheme and 9 thousand 846 farmers have been benefitted.

Besides this, various center sponsored welfare schemes are being implemented in the state, with motive to improve the economy and bring progressive changes in the lives of farmers.