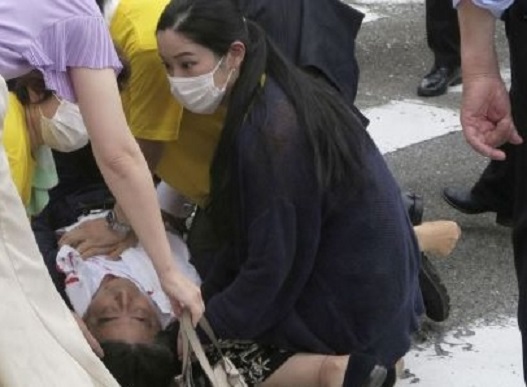 Japan Ex PM Shinzo Abe shot from behind, taken to the hospital

While addressing a gathering at western part of Japan in Nara city , the Japan Ex PM Shinzo Abe is shot from behind by a person who was caught by the people. Ex PM is taken to the hospital. As per the reports comming he was addressing election campaingn for the upper house election.

He was shot twice while giving speech where the first shot was missed.

Pic is used for reference only,