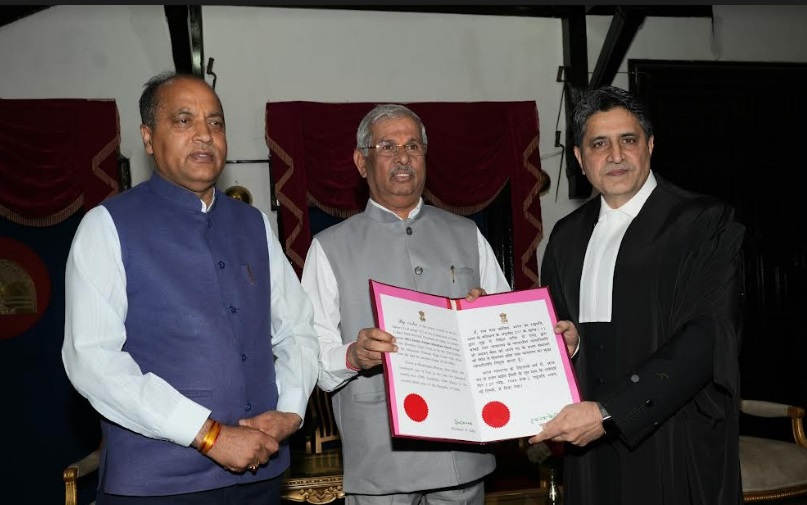 Justice Amjad Ahtesham Sayed was sworn in as the Chief Justice of the Himachal Pradesh High Court here today. He was administered the oath of office by Governor Rajendra Vishwanath Arlekar in a simple but an impressive ceremony held at Raj Bhawan. Chief Minister Jai Ram Thakur was also present on the occasion.

The ceremony took place at the Darbar Hall of the Raj Bhawan, where Chief Secretary Ram Subhag Singh conducted the proceedings of the oath ceremony and read out the Warrant of Appointment issued by the President of India.