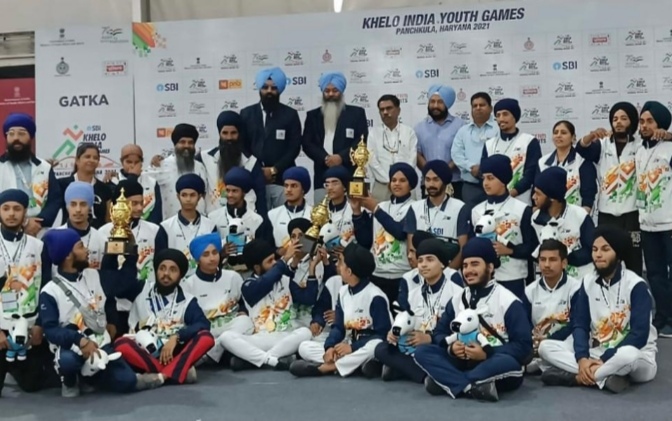 For the first time, scoring and results of Gatka competitions displayed live on scoreboard

Under the aegis of the country’s oldest registered Gatka organization, National Gatka Association of India (NGAI), more than 250 Gatka players from 16 different states competed to win medals in this three-days national Gatka competition.

Giving this information during a media interaction here on Tuesday, Dr. Pritam Singh, Director Sports, Chandigarh University, Gharuan, Mohali, who was Gatka Competition Manager, for the Khelo India Games, said these Gatka competitions were meticulously planned under the supervision of NGAI President Harjeet Singh Grewal. “There was unmatched enthusiasm among the Gatka players of different states and all the referees including the judgment team of the Gatka Association performed their duties as per rules.

He informed that for the first time in the history of Gatka, a computerized program was developed and implemented to provide live scoring of matches and results were displayed simultaneously on the digital scoreboard for the spectators. This all credit goes to the NGAI and its president Harjeet Singh Grewal who has worked tirelessly to get designing of this computerized program costing Rs 5.50 lakhs.

The results of this Gatka competitions were as follows :