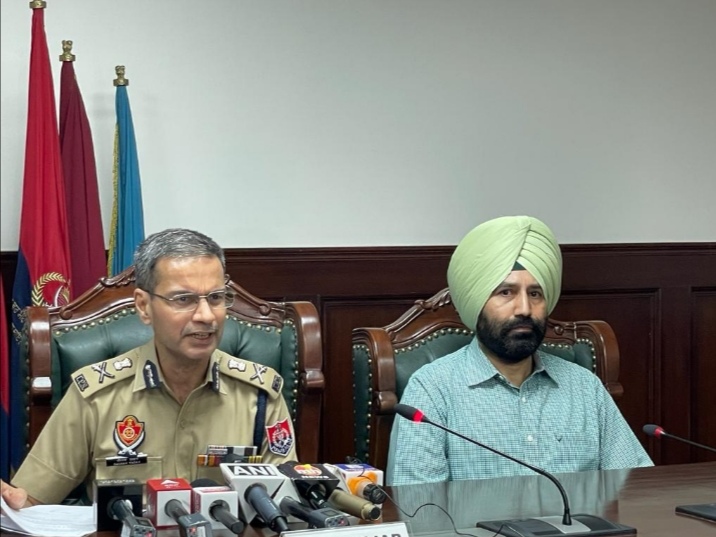 PUNJAB POLICE CONDUCTING AN IN-DEPTH INVESTIGATION INTO THIS MATTER, ANY CONSPIRACY WOULD BE UNEARTHED

Punjab Police has rounded up an Amritsar-based Shopkeeper identified as Sandeep Singh Sunny of Kot Baba Deep Singh in Amritsar for firing shots at Sudhir Suri, who was shot dead in Amritsar on Friday, said Director General of Police (DGP) Punjab Gaurav Yadav, while terming the incident as unfortunate.

He said that a weapon of offence .32 Bore Pistol has also been recovered from the possession of the accused person, who runs a garment shop near Gopal Mandir, Amritsar.

According to the information, the deceased was sitting on a protest outside Gopal Mandir in Gopal Nagar, Amritsar at around 3.40 pm, when he was shot at by an unknown person. He was immediately taken to the Escort Hospital Amritsar, where he succumbed to the bullet injuries.

DGP Gaurav Yadav, while addressing a Press Conference at Punjab Police Headquarters in Chandigarh, said that a first information report (FIR) in this connection has been registered under section 302 (murder) of the Indian Penal Code (IPC) and other relevant sections at Police Station Sadar Amritsar.

The DGP, while terming that Punjab has an exemplary record of communal harmony, appealed to Media persons to refrain from posting unverified matters/news on their platforms or social media and also warned rumour mongers of strict legal action.

He said that the situation in Amritsar is fully under control and will keep updating about the developments in this case.