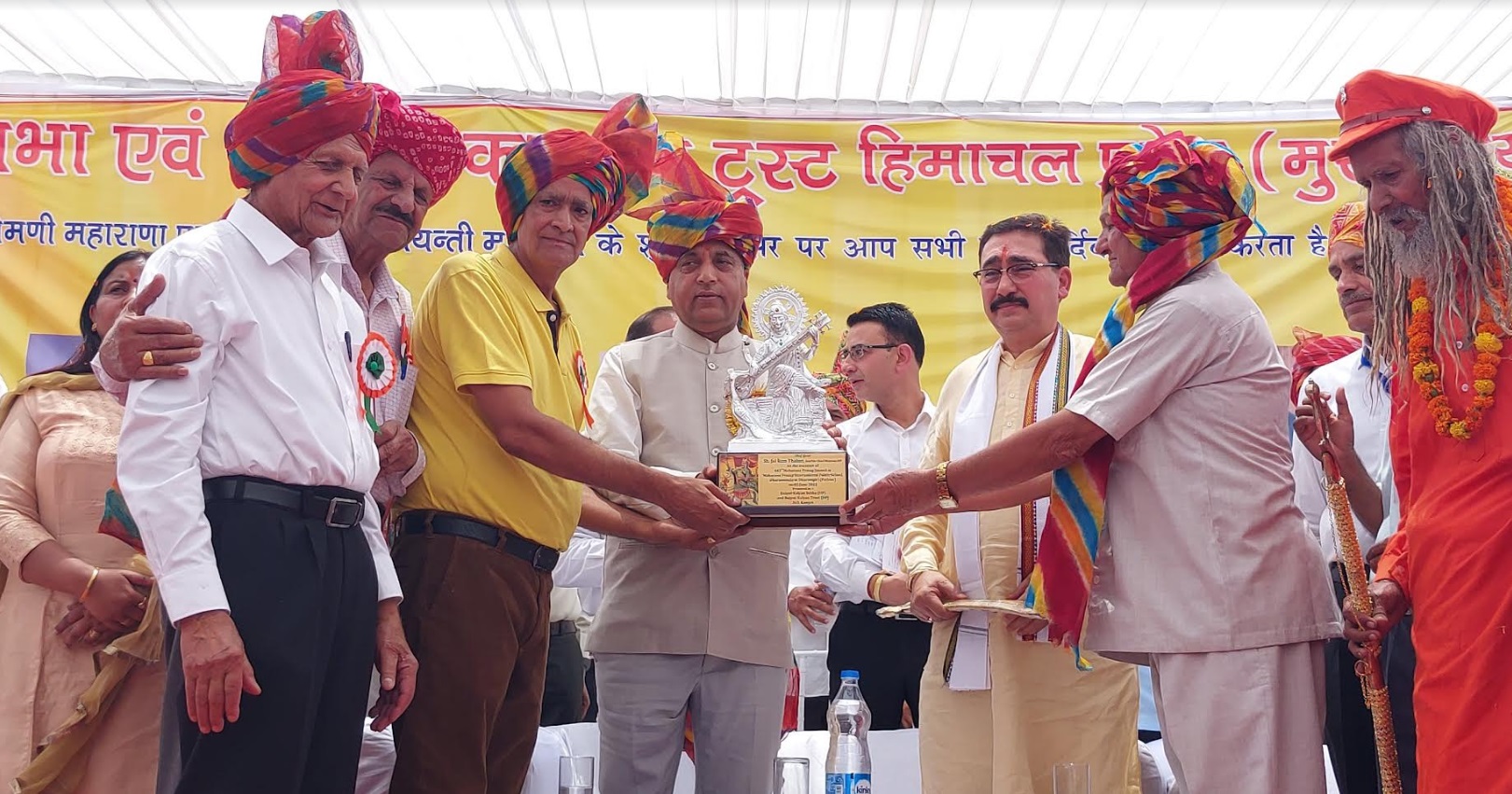 “Maharana Pratap was a fearless warrior who has put up historic resistance against foreign invaders and also exhibited true bravery in the famous Battle of Haldighati,” said Chief Minister Jai Ram Thakur while presiding over the function on the occasion of Maharana Pratap Jayanti organised by Rajput Kalyan Sabha at Pathiar in Nagrota Bagwan Assembly Constituency of district Kangra, today.

Paying his tributes the Chief Minister said that Maharana Pratap is a symbol of indomitable courage and valour, who has inspired many generations and will be remembered for many years to come.

Earlier, Jai Ram Thakur inaugurated the secondary wing of Maharana Pratap International Public School at Pathiar in District Kangra. He lauded the efforts of Rajput Kalyan Sabha and announced Rs. 51 lakh assistance to the school and assured all possible help from the government to the school.