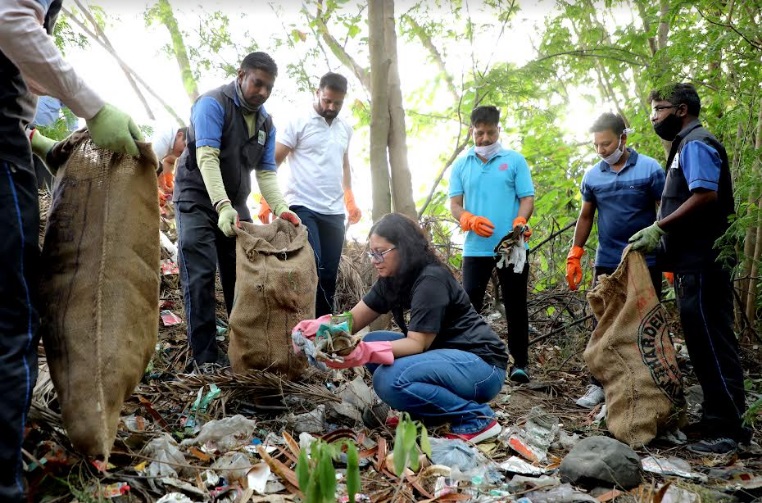 Plogging is trending in the city beautiful with Municipal Corporation Chandigarh’s new push ‘Clean as you jog’, gradually trying to embrace this new fitness trend, in which joggers pick up garbage as they run, to save the environment.

Commemorating Environment week from 5th-11th June, on Friday, Mrs. Sarbjit Kaur, Mayor, Chandigarh kick-started the initiative of plogging at Manimajra area during which group of local residents, MCC officers and officials and around 20-25 fitness enthusiasts and morning walkers, carrying jute bags and wearing gloves in their hands, jogged and picked up the trash all along their jogging tracks inside the garden and road berms.

Speaking on the new initiative, the Mayor said that plogging is a new concept that is trending in the city and is an environment friendly exercise mashup that combines jogging with the environmental benefits of picking up trash. While jogging helps the people to stay fit, collecting the trash from the gardens and road sides helps to keep the environment fit and fine, she added.

She said that this activity helps people burn some extra calories as they are constantly bending to collect the trash all along the route. It also helps to break the monotony of jogging. Unaware of the new initiative and oblivious to what was going on around, some of the morning walkers at Mamimajra area were taken by surprise when they spotted the joggers stopping along the tracks just to pick up trash and store it in a waste bag, said the Mayor.

The Commissioner said that the aim was not to collect huge quantities of trash or cleaning the entire gardens or road sides and make it free of garbage; it was just a new form of exercise coupled with a simple effort to save the environment. She said that such activities would be carried out every weekend to start with. Later, it will be expanded to all parks and throughout the week when citizens from all parts of city join in.

She said that plogging is a very healthy exercise as it involves variation in body movement like bending, stretching and squatting alongside of course running. Plus, beautifying the city as go by, its dual benefits are worth vouching for, added the Commissioner.

The Commissioner appealed to the citizens of Chandigarh stop throwing garbage on the road sides and littering in the gardens rather always carry a small bag in your car of moving through gardens to collect waste and drop it in the dustbins installed by the MCC in the parks and other areas of city.

In other parts of city too, the area councilors and local residents participated in the plogging activities where they picked up discarded plastic bottles and empty polythene packets to drop them in the dustbins. Seeing this new initiative, the local residents lauded this activity and joined the group of councilors and joggers in their respective areas

News of passing away of former Pakistan President…