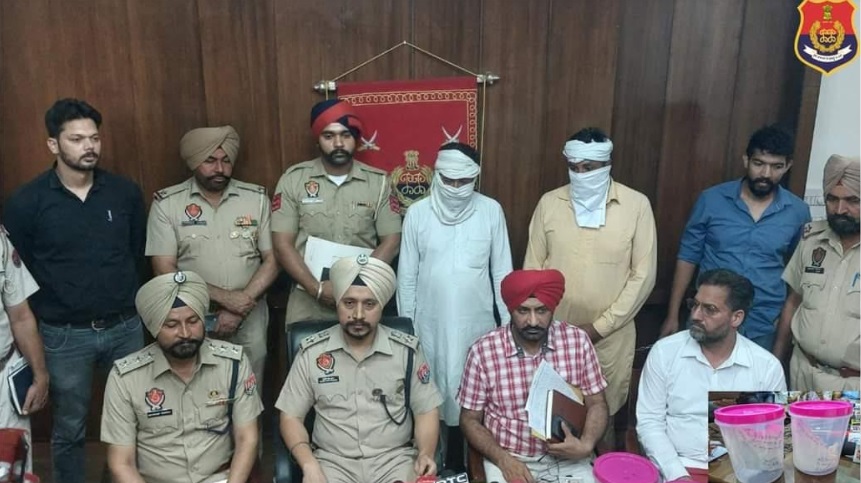 The firing incident reported by a Bambiha Bhai village-based man claiming that some unidentified persons opened fire on his house on Monday morning, turned out to be a story concocted by him to obtain the arms license.

As per the information, on Monday, Tarlochan Singh had informed the police that he had been threatened for ransom by gangsters through WhatsApp call a few days back and this morning around 4 am, unknown persons opened fire on his house.

During investigation, when CCTVs were checked, a suspicion was raised about the incident, which led to an in-depth interrogation of plaintiff Tarlochan Singh, who later revealed that he had received a ransom threat from gangsters through a WhatsApp call a few days earlier and had applied for an arms license in his own name which was not cleared, he said.

He said that, later, Tarlochan cooked up a story and procured weapons to fire at his own home to obtain his firearms license and deliberately mentioned the name of Goldy Brar in the media because of the Sidhu Moosewala murder case.