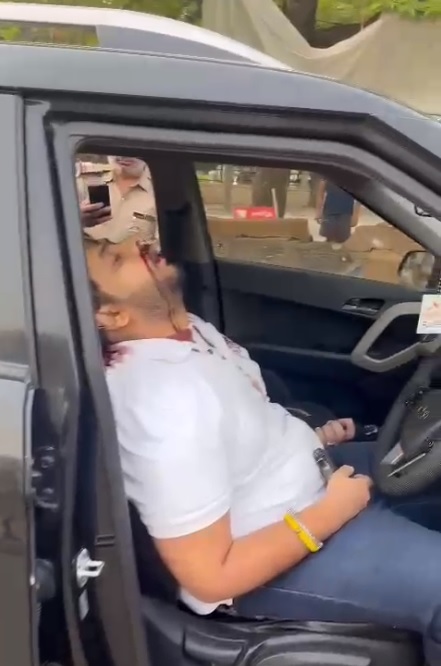 Few hours after a man found dead with a gunshot injury in a car in Mohali, Senior Superintendent of Police (SSP) Mohali Vivek Sheel Soni said that prima facie it seems to be a suicide case.

The body of Karanpal Sharma, a resident of Jal Vayu Vihar in Mohali was found in his Hyundai Creta car near his residence on Wednesday morning at around 6am.

“There is an entry wound of a bullet on the right side of his head. The pistol from which the fire happened was recovered from his right hand,” said the SSP, while adding that the forensic team reached the spot and examined the scene of crime.

He said that upon examination the entry wound shows point blank fire and also the right hand in which weapon was found has tested positive for gunshot residue in preliminary tests by the forensic team.

SSP Vivek Sheel Soni said that the Police have also recovered nine bullets from the right pocket of the deceased. The matter seems to be of suicide and is being examined thoroughly, he added.

Meanwhile, the FIR under section 306 of the Indian Penal Code (IPC) has been registered at Police Station Phase 11 Mohali on the statement of Surinder Kumar, who is father of the deceased.