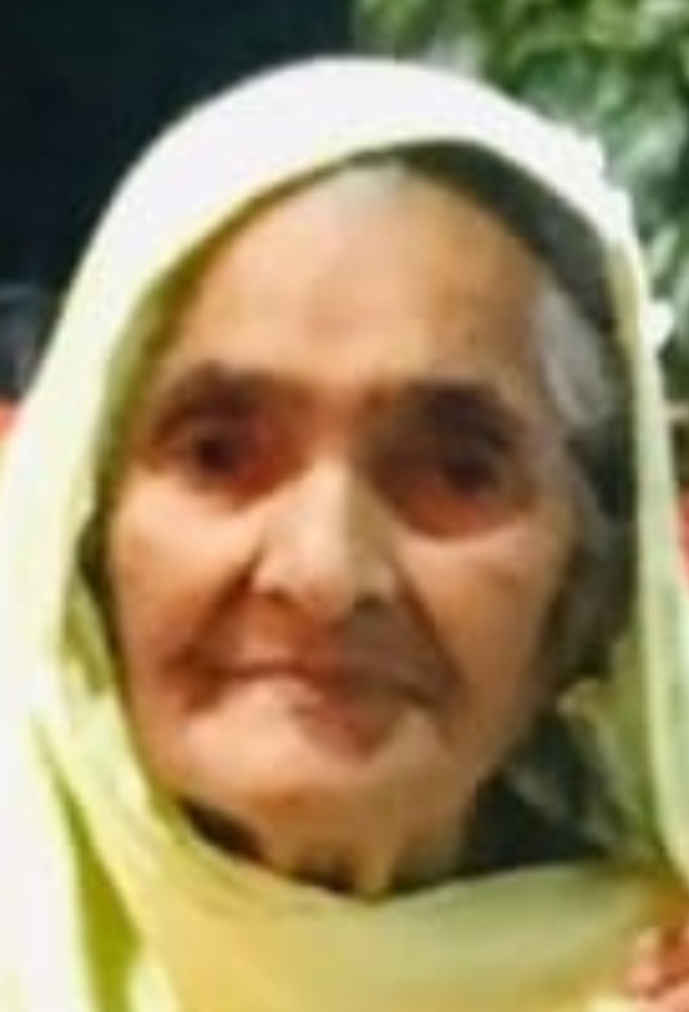 My last day with Mother!

My last day with mother!

It was a cold December morning last year when I got a phone call from my youger brother at an ungodly hour that left me a trifle flummoxed.He told me that mother had been unwell for a while, following which she had to be taken to a hospital. When I asked her about her wellbeing, she said in a weak and wavering voice “Mein bilkul theek hum, mera fiqar matt karna (I am fine. Don’t you worry). Mother was a strong-willed woman and would never grumble even in the extreme situations, be it health, hearth or home. She would advise us not to get swayed by any situations, no matter how tough and trying they might be.

We (My wife and I) rushed home by the first available bus to be beside her. A few visits to a private hospital at Kangra and Rajindra Prasad Government Medical College and Hospital (RPGMCH) at Tanda (Kangra), followed by a slew of medical tests, x-rays, utra-sound and procedures and she was on a fast recovery trail. My younger sister later confided in me that mother had distributed rupees 500 each among her grandchildren as if she was embarking on a journey into an unknown world beyond the mundane.

Being the first male child among us four siblings, including my elder sister whom we lost early this year, I was lucky enough to have received immense love and care compared to them.

I remember how she had persuaded dad and my domineering ‘daddi’ (grandma) agree to send me to Chandigarh to live my long-cherished dream to pursue my higher studies there. I remember how she would trek a good 5-km distance to drop me at the nearest bus stoppage – Nehran Pukhar – whenever I returned to my college after summer or winter vacations.She would never forget packing homemade ‘panjeeri’ (sweet dish), ‘desi ghee’ (clarified butter) and other seasonal goodies for me. I could feel the warmth of her tender hands while relishing those lip-smacking savouries.

I can never erase from my memory the accursed day when my father passed away in 2002, leaving us shaken.The void created by his sudden demise was filled by my mother. She fine-tuned the twin roles till the cruel hands of death snatched her away. We never had the gut feeling he was away from us for a while.
With her sudden demise, we felt for a while that we had been rendered orphaned. We never underwent the trauma of losing our father since mother amidst us.

Being the eldest in the locality, she commanded immense respect from one and all. She never disappointed anyone who turned to her for advice even at an odd hours.

There was a sense of deja vu when, on December 13, when my brother rang up to tell me that mother had been admitted to RPGMCH in a precarious condition. My wife and I left for home town, the following morning.

Reaching home, I found, much to my chagrin, the behemoth wooden ‘dewan’ in the veranda where mother would sit for hours was lying vacant without her.Our manor house looked more like a ‘haunted’ house in her absense.

With the descending of the night, a flash of negative and positive thoughts kept crowding the mind what would happen the next moment. I kept tossing in the bed, the whole night.
We woke up well before sunup and boarded the first available
bus to the hospital at Tanda, a good 2-hour run from my native village.

Woebegone, as we entered the female ward on 4th floor, mother saw me with her tear-filled eyes. As I drew closer, she took me in her tight embrace and patted my head with her senile hands. When I asked her how she was feeling, she shot back a one liner, incoherently though: “Mein theek hun” (I am fine). My wife brought a bread and piping hot milk from the hospital canteen. She ate half the loaf and drank as much milk. After much pursuation, she agreed to drink the left out milk.

I immediately left to collect a blood report. It took me barely 15 minutes to return to the ward. My heart sank as I heard the incessant wailings of my wife.

Shock-shelled as I saw mother lying on the bed motionless, I rushed to the doctor on duty and informed him that mother had suddenly gone incommunicado. His curt reply left me petrified. He told me, much to my utter shock, that she was no more. My world came crumbling down in a flash of seconds!

Earlier, whenever she was away from home, we knew she would return in a day, two, a week and so on.This time she left to an undisclosed destination, never to return to this mortal world again!

I drove down my mother wrapped in a coffin on a stretcher to the hospital portico where funeral van was awaiting us!