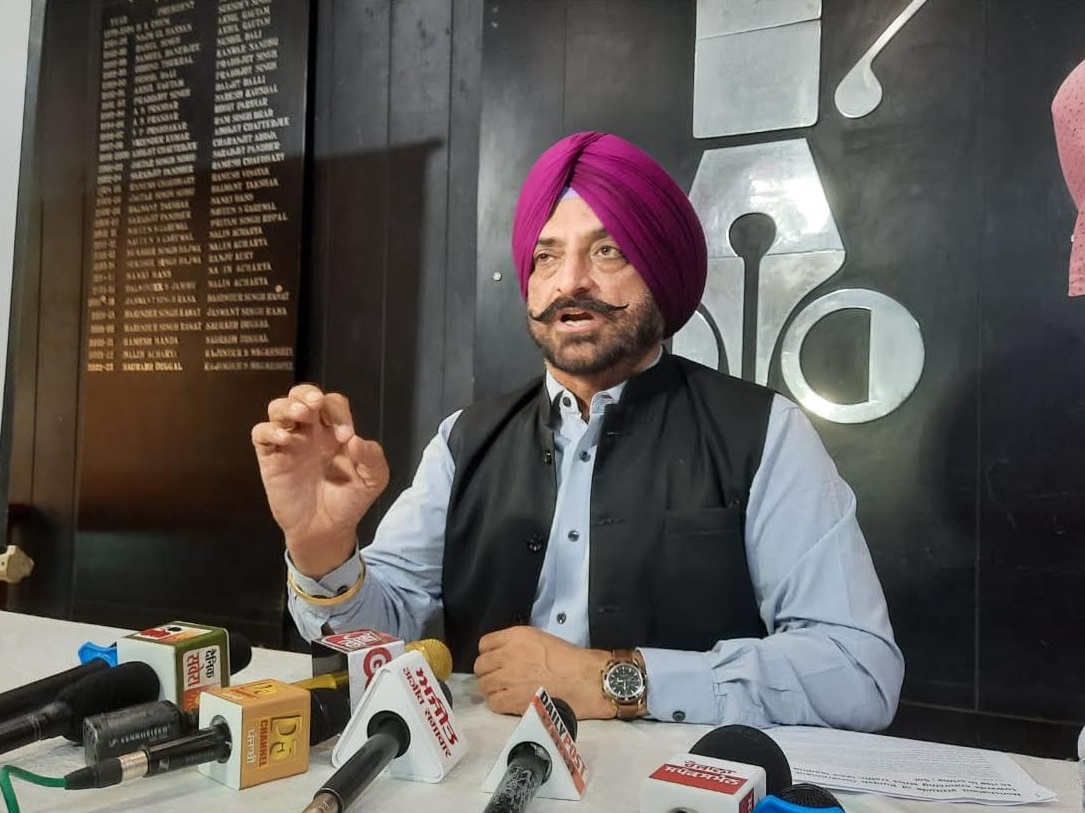 There has been a visible increase in the number of crimes and incidents due to the use of fake number plates major case in point being the attack at state Intelligence Headquarter in Mohali  and killing of Sidhu Moosewala ,said Dr Kamal Soi, member of National Road Safety Council, Ministry of Road Transport & Highways, Government of India, at a press conference held today at Chandigarh. He blamed Govt’s lack of efforts towards implementation of High Security Registration plates (HSRP) resulting in a grim crime situation in the state.

Sharing his views on the same, Dr Soi said that it is the nonchalant attitude of the present State Government and lack of efforts towards enforcing stricter traffic laws especially towards affixation of High Security Registration Plates (HSRPs). Some of the major crimes that have occurred recently in the State have been committed by the perpetrators by using vehicles affixed with fake number plates.

The HSRP scheme was initiated by the Punjab Government in 2012 and is considered very important for National Security. These ‘IND’ Plates provide a uniform and standardized manner of display of Registration Marks and come with chromium-based holograms that protect against counterfeiting. Moreover, the plates are affixed with Snap Locks and the front and rear number plates have a Unique Alphanumeric Laser Identification Number, which upon affixation on the vehicle gets registered with the Central Database of VAHAN.

“Implementation of the HSRP scheme in true letter and spirit is all the more relevant for Punjab as it shares its border with the neighbouring country,” said Dr Soi.

According to the scheme, all new vehicles manufactured post April 1st, 2019, are mandated to be affixed with HSRP by the automobile dealer itself at the time of sale of vehicle.

“However, the problem arises with old vehicles, which were registered prior April 1st, 2019.  There are approximately 40 lakh old vehicles in Punjab which are plying on the roads without HSRPs,” explained Dr. Soi.

“The previous state government had taken several positive steps for the implementation of HSRPs on old vehicles such as awareness campaigns, regular press releases by the Transport Minister and other Senior Officials. We saw some momentum in the affixation of HSRPs when all these steps were taken in the past. However, the current state government has taken no such initiative till date in this aspect. This has resulted into the lack of urgency by the vehicle owners, and they are still plying their vehicles without the affixation of HSRPs,” he added.

The Department of Transport, Government of Punjab, had notified a penalty/ challan amount of Rs. 2000/- for first offence and Rs. 3000/- for subsequent offence via a notification number on 27th July, 2020 for vehicle owners who have still not affixed HSRPs on their vehicles. However, no enforcement has ever been done by the law enforcement agencies in the State to impose these fines.

Comparatively, the neighbouring states and UTs of Uttar Pradesh, Delhi and Chandigarh have been far stricter in terms of implementation of HSRP. Penalties ranging between Rs.5000 to Rs. 10,000 have strictly been enforced upon the vehicle owners for non-adherence to the norms. Today, as we drive from Mohali or any other neighbouring city into Chandigarh, the level of enforcement and vigilance of the traffic police in the UT is so evident that People start following all rules and regulations once in the limits of Chandigarh, but the moment you step into the territories under the jurisdiction of Punjab Govt, everyone becomes relaxed. This casual attitude needs to change.

“In Punjab, miscreants are fraudulently affixing counterfeit/fake registration number plates on the vehicles and committing crimes and getting away easily without being caught by the authorities. An immediate action is required by the law agencies of Punjab to stop this menace or these vehicles will remain a threat to the security of the cities, state in particular and the Nation at large,” said Dr. Soi.

“We need to correlate all the incidents which have taken place recently in the State and club it with non- affixation of HSRP. Common factor in all such incidents was the use of vehicles with fake number plates,” he said. If every single vehicle in the State has HSRP affixed, then where will these miscreants source the fake number plates from, as their issuance is controlled by RTA offices and the auto dealers. He exhorted the state transport department to immediately issue necessary instructions to its officers to start enforcing the scheme to check this major issue ailing Punjab. Proper deadlines should be fixed and all the vehicles in the State should be affixed with HSRP in a phased manner.

Dr Kamal Soi is a member of the National Road Safety Council, Ministry of Road Transport & Highways, Government of India, and Chairman of NGO Raahat – The Safe Community Foundation and President of Global Society of Safety Professionals. Dr Soi’s NGO ‘Raahat – The Safe Community Foundation’ have been taking up issues of road safety for about 20 years and has been recognized at the state, national & international level for their accomplishments in this field.