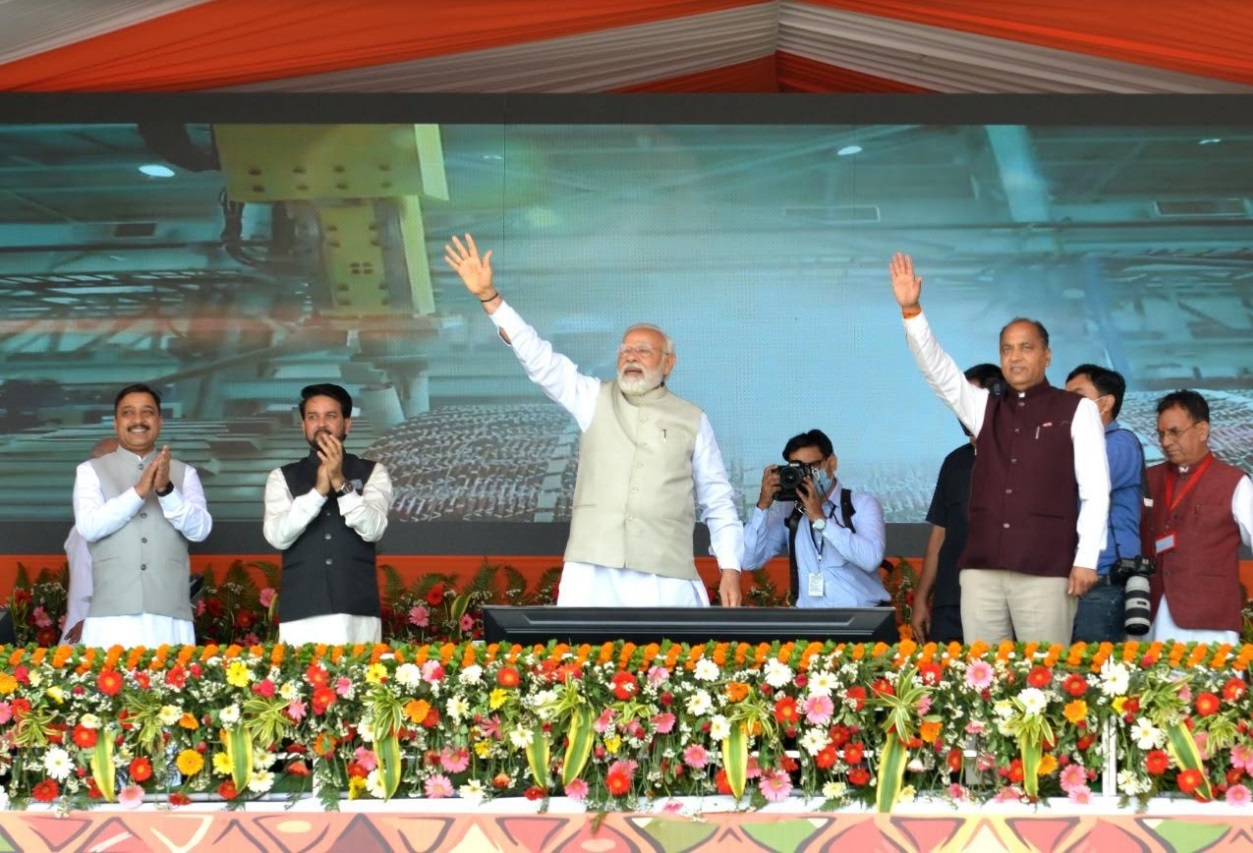 The Prime Minister also released the 11th  installment of financial benefits under the Pradhan Mantri Kisan Samman Nidhi (PM-KISAN) scheme on the occasion by transferring an amount of around Rs. 21,000 crore to more than 10 crore beneficiary farmer families of the country.

The Prime Minister also interacted with the beneficiaries of (PM-KISAN) across the country.  He interacted with Tashi Tundup from Ladakh, Lalita Devi from Bihar, Pankaj Shani from West Tripura, Santoshi from Kalburgi of Karnataka,  Arvind from Mehsana Gujarat virtually and with Sama Devi of Sirmaur, Himachal Pradesh actually at The Ridge Shimla.

Addressing the gathering on the occasion, the Prime Minister expressed his happiness to be present in Himachal on this momentous occasion. He congratulated and wished the farmers as more than 10 crore farmers have received the money in their bank accounts through the PM Kisan scheme. He expressed happiness for releasing the financial benefits under the Pradhan Mantri Kisan Samman Nidhi (PM-KISAN) scheme nationwide from Shimla. He thanked the people for giving him the opportunity to serve 130 crore citizens

The Prime Minister lamented that before 2014, the earlier government had considered corruption as an essential part of the system, then instead of fighting corruption, the government had succumbed to it, then the country was watching that the money for schemes was looted before reaching the needy. He added that today due to the trinity of Jan Dhan-Aadhaar and Mobile (JAM), the money is reaching the beneficiary directly in their Jan Dhan bank accounts. Earlier there was a compulsion to suffer smoke in the kitchen, today there is a facility to get LPG cylinders from the Ujjwala scheme. Earlier there was the shame of open defecation now poor have the dignity of toilets. Earlier there was helplessness to raise money for treatment, today every poor has the support of Ayushman Bharat. Earlier there was a fear of triple talaq, now there is the courage to fight for one’s rights.

Narendra Modi, while appreciating the good work done by the Jai Ram Thakur Government in the State during the pandemic, said that the Himachal Pradesh Government has shown the way  to other States of the country by becoming first in administrating first and second doses of covid-19 vaccine. He said that Devbhoomi Himachal was also his karambhoomi as for years he has worked in the State.  He also appreciated the  good work done by the Himachal Government in effective implementation of Jal Jeevan Mission in the State. He said that Baddi area of the State played a major role in supply of medicines to combat corona pandemic. 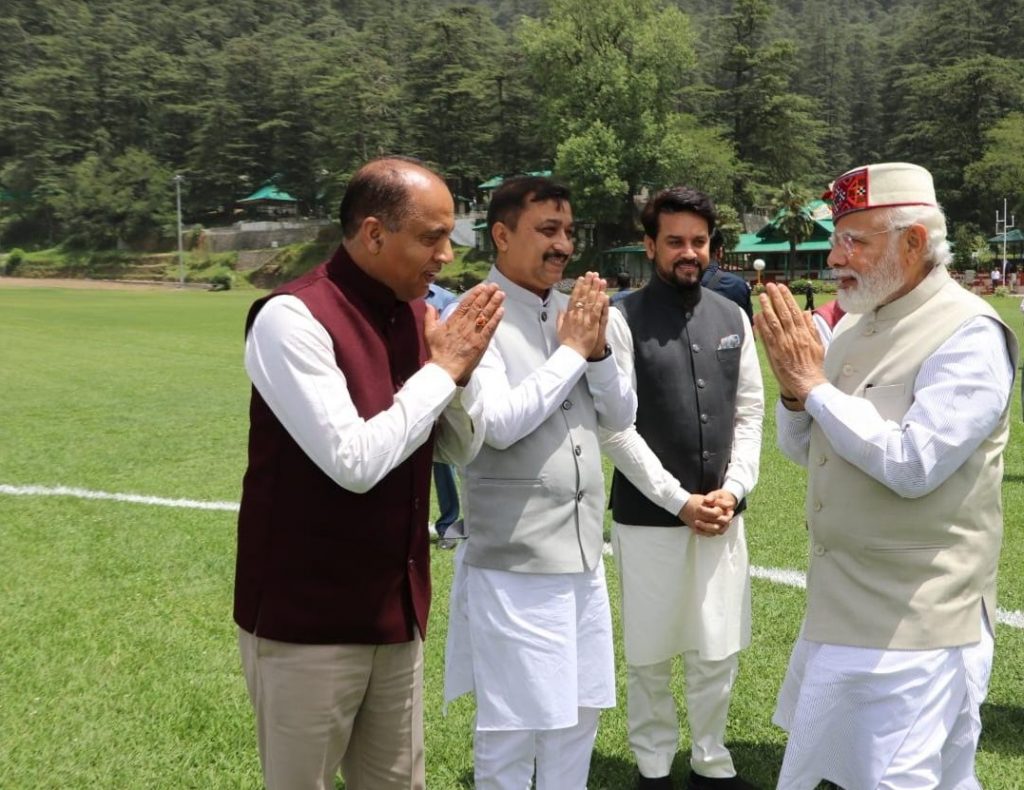 Jai Ram Thakur said that AIIMS has been opened in Bilaspur and Medical colleges opened at Hamirpur, Nahan and Chamba and this was possible only with the financial support of the Central Government.  He said that the State Government organized Global Investor Meet in 2019 at Dharamshala which was graced by the Prime Minister. He said that till date, more than Rs 50,000 crores have been invested in the State, out of  which the ground breaking ceremony of Rs. 28,197 crore  was inaugurated by the Prime Minister himself in a program organized at Mandi on 27 December 2021.  Prime Minister also inaugurated and laid the foundation stones of projects of national importance, worth Rs 11,000  crores, he added.

Jai Ram Thakur said that like the four States which had gone to polls recently,  BJP government  in the State would also  ensure Mission Repeat and come into power in the 2022 Assembly Elections as people have full faith in policies and programmes initiated by the Central and State Governments.

PM given warm send off from Shimla

Prime Minister was on a one day visit to Shimla to address ‘Garib Kalyan Sammelan’ at historic Ridge Maidan Shimla to mark the completion of eight years tenure of Central Government.

Raahgiri: A Dhakad ride to create a buzz…