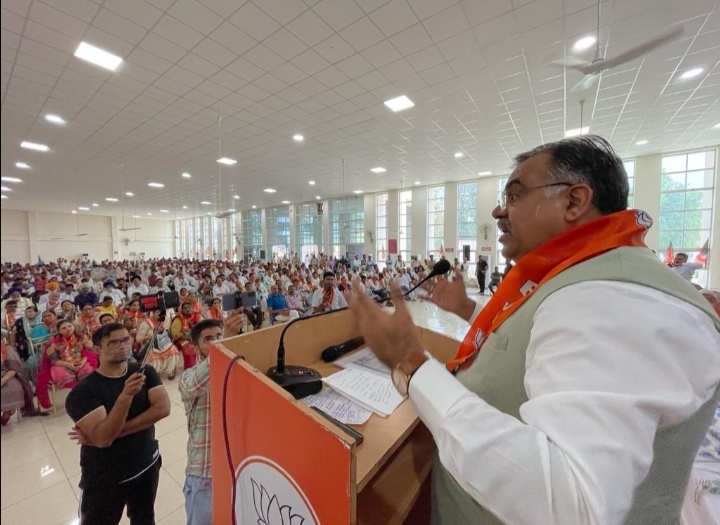 Chandigarh,  June 12
BJP national general secretary Tarun Chugh today said that Punjab has always received special attention from Prime Minister Narendra Modi and during his eight years in office the prime minister has taken a series of steps to solve the problem of Punjabis.
Addressing public meeting in Hoshiarpur on the occasion of eight years of Narendra Modi government,  Chugh said while the list of blacklisted people of Punjab has been almost eliminated,  the Modi government has punished the 1984 ant-Sikh riot accused by forming a special SIT.
The Modi government exempted foreign donations in the Golden Temple from any tax and made sure that the Kartarpur corridor started working as soon as possible.
Moreover, free ration was given to lakhs of Punjabis during the pandemic.
Coming down heavily on the AAP government in Punjab, Chugh said law and order situation has completely collapsed in the state. From grenade attacks to daylight murders taking place every day Punjab has become a paralysed state where terror and goons rule the state.
Chugh fired the AAP government for its dismal failure to fulfil electoral promises of providing free electricity and giving Rs 1000 to every woman above 18 years of age in the state.
He said the AAP government has failed on all fronts and people in Punjab are feeling cheated.