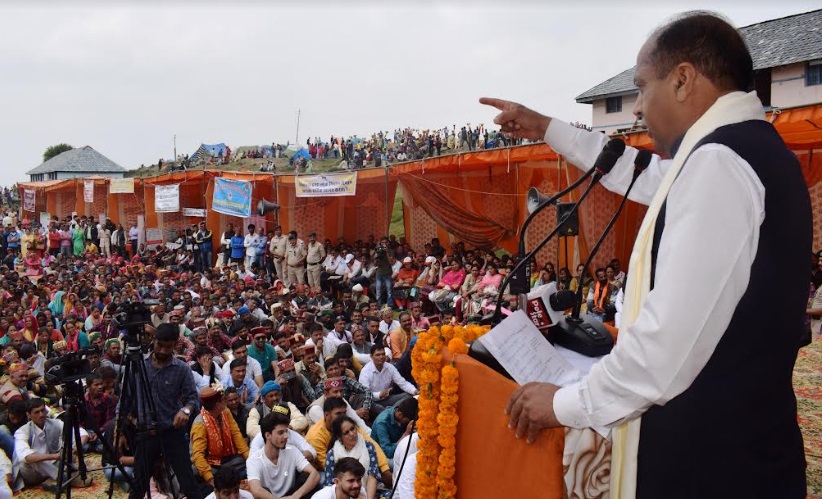 Chief Minister Jai Ram Thakur presided over the closing ceremony of Saranahuli Mela organised at Prashar in District Mandi, today. While addressing a gathering in the premises of Prashar Rishi temple, the Chief Minister said that Saranahuli Mela has immense importance from spiritual, tourism, entertainment and trade point of view. He said the state government has made rigorous efforts to ensure road connectivity in the area to boost tourism potential and conservation of fairs and religious belief of the area.

On this occasion, the Chief Minister announced upgradation of Government Middle School Khalbut to Government High School. He announced to include Prashar area under Nai Rahein Nai Manzilein scheme and construction of Mukhya Mantri Lok Bhavan.

He said that Social Security Pension was being provided to 12072 eligible persons in Drang Assembly Constituency, About 7984 women were benefited under Mukhya Mnatri Grihini Suvidha Yojna and 10186 farmers were being covered under PM Kisan Samman Nidhi Yojna.

He said that the work of construction of 12 roads at a cost of Rs. 15.21 crore under the Scheduled Castes Sub Plan was in progress and construction work of two roads has been completed. Under this Plan, 14.480 km of unpaved roads and 6.545 km of metalled roads have been constructed. Work of Mandi-Kamand-Kataula-Bajora road at a cost of Rs.16.38 crore was under progress.