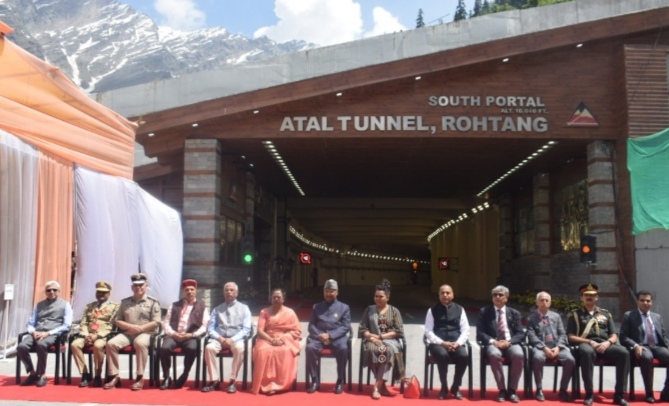 The President evinced keen interest in the Sisu Lake, Chandrabhaga River, Water Falls and the beautiful valley near the helipad.

The President’s wife, the First Lady of India Savita Kovind and his daughter were also present on this occasion.

Earlier, the President on his arrival at Sisu helipad in Lahaul Spiti district was received by the Governor and the Chief Minister.

The Chief Minister presented a traditional Thangka painting to the President.

On the South Portal of Atal Tunnel, Chief Engineer of Border Roads Organization, Project Yojak, Jitendra Prasad apprised the President about the construction of Atal Tunnel and also apprised him regarding other important tunnels to be built on Manali-Leh road in future.