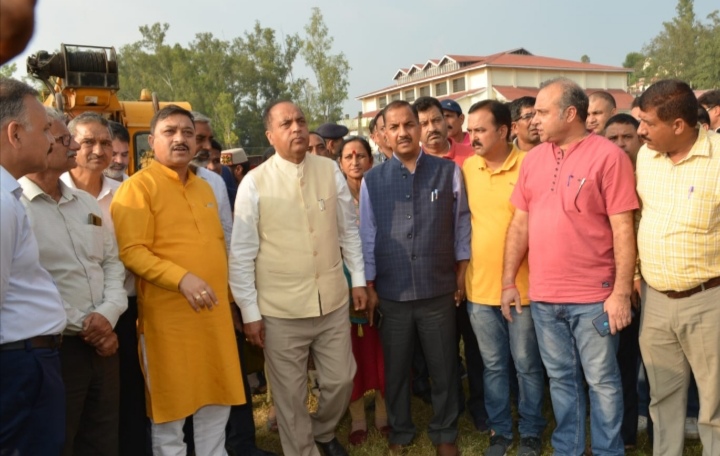 Adequate and foolproof arrangements must be made to ensure making the visit of Prime Minister Narendra Modi to Bilaspur an historic one. This was stated by the Chief Minister Jai Ram Thakur while presiding over the meeting through video conference with the Deputy Commissioners, Superintendents of Police from Bilaspur today. The Prime Minister is slated to visit Bilaspur on 5th of next month to dedicate AIIMS at Bilaspur to the people of the State and thereafter will address a public meeting at historic Luhnu ground, Bilaspur.

Chief Minister said that other than AIIMS, the Prime Minister would also inaugurate Hydro Engineering College at Bandla, Bilaspur. He would also lay the foundation stones of Medical Devices Park at Nalagarh and the Four-lane project from Pinjore to Nalagarh.

The Chief Minister directed the authorities to make adequate arrangements to ensure that the general public does not face any inconvenience. He directed the State PWD authorities to ensure proper maintenance of roads leading to the Bilaspur town besides making elaborate arrangements for adequate parking for the buses and other vehicles in and around Bilaspur town. He said that smooth and uninterrupted flow of vehicular traffic must be ensured so that no inconvenience to the general public.

The Chief Minister on his arrival at Bilaspur, visited Luhnu Maidan, Bilaspur, the venue of the public meeting of Prime Minister Narendra Modi slated for 5th of next month.

Chief Secretary R.D. Dhiman said that adequate arrangements would be made to ensure that this programme becomes a grand success.