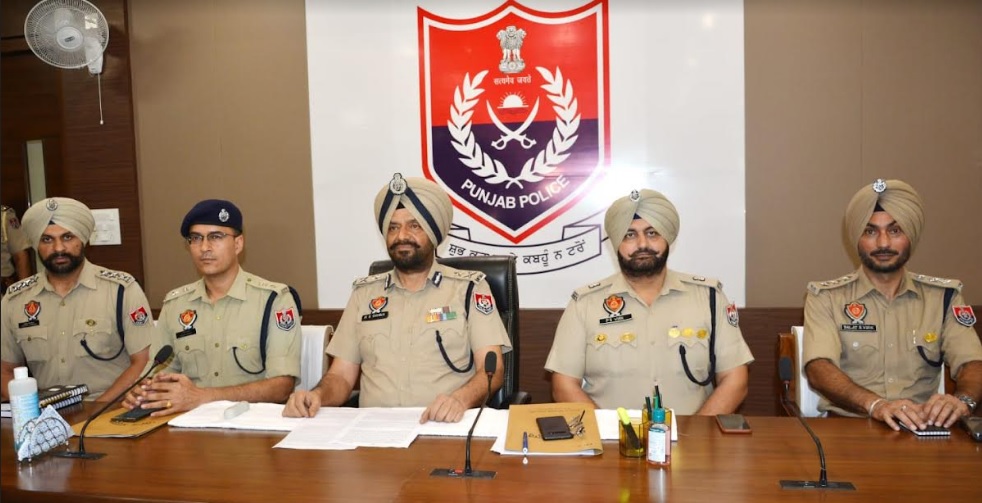 A poster of SFJ related to ‘Khalistan referendum’ was seen pasted on back side wall of Shri Kali Mata Mandir on intervening night of July 14 & 15, 2022.

IG Patiala MS Chhina and SSP Pareek, while addressing a press conference said that the entire investigation of this case was monitored by the Director General of Police (DGP) Punjab and various teams were formed to investigate the case.

He said that thorough technical investigations revealed that the poster was pasted by the Harwinder alias Prince and Prem after some foreign based anti-national elements lured them to perform such acts in lieu of money or through the offer of settling them abroad.

The SSP said that Harwinder Singh alias Prince worked in Malaysia for over two years, where he came in contact with some anti-national elements and after coming back from Malaysia he was still in contact with these persons through WhatsApp. “One of the person abroad contacted Harwinder Singh alias Prince and takes him to paste these posters at various places in Punjab,” he said adding that the foreign handlers sent him the money through money transfer.

The posters were placed at a pre-determined location, and were picked by the accused from that location, SSP Pareek said adding that after receiving the posters and the money, the accused pasted the posters at four places including Cantonment area in Ambala, Aryan College in Rajpura, Shri Kali Mata Temple in Patiala and on a traffic sign board near Sheetla Mata Temple, Bahadurgarh in Patiala.

Moreover, the accused had also written pro-Khalistan slogans using spray paint on an under bridge in Rajpura, he added.

The SSP said that the accused were constantly in touch with the anti-national elements sitting abroad, who were guiding them about their further targets. “The accused had also planned to paste these posters at or near the sites of Independence Day programs and other prominent places including DC office Mohali and some other government buildings in Chandigarh, Kasauli and Solan,” he said.

Meanwhile, FIR no. 148 Dated 15-07-2022 had been registered under section 153 (A) of the Indian Penal Code (IPC), section 3 of the Prevention of Defacement of property Act at Police Station Kotwali.