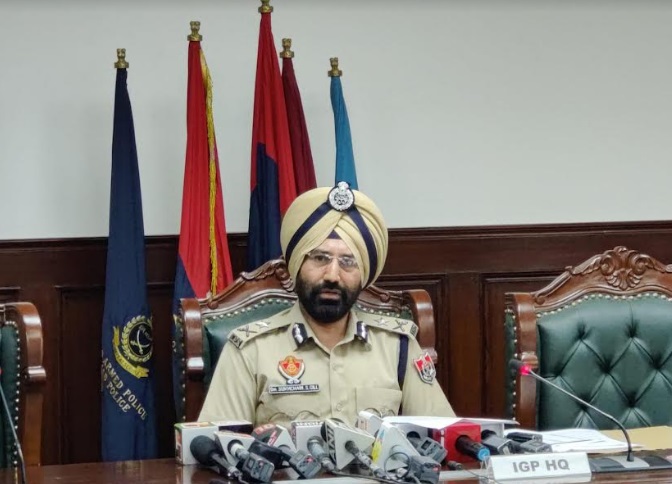 Punjab Police arrests 676 drug smugglers and suppliers in a week

Intensifying the war to completely eradicate the drug menace from the state, Punjab Police have arrested 676 drug smugglers/suppliers after registering 559 first information reports (FIRs) under the Narcotic Drugs and Psychotropic Substances (NDPS) act across the state in the last one week.

Official Spokesperson of Punjab Police, while addressing a press conference at Punjab Police Headquarters here on Monday, said that with Chief Minister Bhagwant Mann has given the Punjab Police a free hand and full liberty to wage war against drugs, extensive anti-drug drives are being launched to combat the menace of drugs from the border State of Punjab.

Immediately after taking the charge, Director General of Police (DGP) Punjab Gaurav Yadav ordered all the CPs/SSPs in the state to strictly adhere to the Punjab Government’s zero-tolerance policy against drugs and keep vigil at drug hotspots in their jurisdiction.

Divulging more details, the Spokesperson said that the Police have recovered 5.57Kg heroin, 17Kg opium, 25Kg ganja, 7 quintals of poppy husk, and 2.25 lakh intoxicant pills/capsules among other drugs after carrying out cordon and search operations in drug-affected areas beside laying nakas at vulnerable routes across the state. As many as 32 Proclaimed offenders and absconders in NDPS cases have also been arrested in the past week, he added.

He said that the DGP strictly ordered all the CPs/SSPs to further tighten the noose around the drug smugglers by identifying all top drug smugglers and the hotspots infamous for drug smuggling in their jurisdictions and launching a combing operation to nab all those selling/smuggling drugs. He also directed the Police chiefs to effectively forfeit the property of all the arrested drug smugglers so that their ill-gotten money could be recovered.

He said that with this Punjab Police have managed to break the supply chain of the drugs, it has come to the notice of Shri Muktsar District Police that due to less availability of Heroin, drug peddlers resort to the making of duplicate heroin with help of spurious materials by mixing powder of Patasha (a traditional sweet made of sugar), washing soda, weed-killers, and herbicides (liquid and powder) and then by using Surfactant. The manufactured duplicate heroin (Chitta) used to be sold with plastic foil to poor people, he added.

Meanwhile, the DGP has also asked other CPs/SSPs to initiate novel ways to connect with people at the ground-root level and sensitize them about the ill effects of the drugs.

State government will play all out to curb…