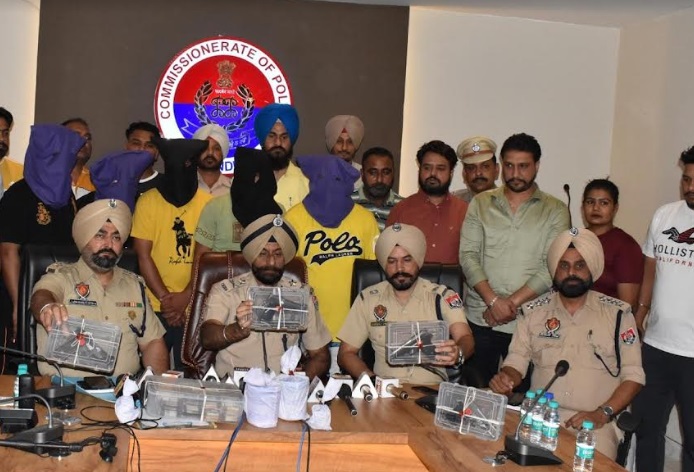 Punjab Police on Thursday have busted a drugs and arms smuggling racket with the arrest of its five gang members during a special police checking at T-Point Ladowali road Jalandhar. The gang has been busted by the Anti-Narcotic Cell of Jalandhar Commissionerate Police.

Pertinently, the Punjab Government led by Chief Minister Bhagwant Mann has intensified the vigil against anti-social elements and adopted a zero tolerance policy against the drugs.

Divulging details, Commissioner of Police (CP) Jalandhar Gursharan Singh Sandhu said that except accused Love Kumar, all the four accused persons are history sheeters and were wanted in several cases of violent crimes in the city and were evading arrest for a long time.

He said that Sunny and Sheru were also involved in the recent firing incident on the car of a local factory owner and they were POs in many cases. A number of crime cases registered in different police stations in the city are expected to be solved after the questioning of these accused persons, he added.

CP Gursharan Singh Sandhu said that during investigations it has also come to fore that the gang was planning to commit serious crime in coming days.