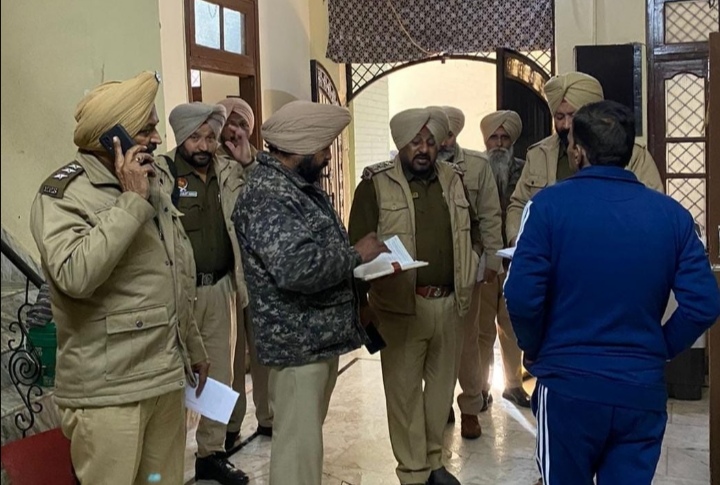 SECURITY BEEFED UP IN STATE AHEAD OF REPUBLIC DAY CELEBRATIONS

In a crackdown against gangster-terrorist nexus amidst the ongoing drive to make Punjab a crime-free state as per the vision of Chief Minister Bhagwant Mann, Punjab Police on Sunday launched massive raids on suspected hideouts of persons linked with Gangster turned Terrorist Lakhbir Singh alias Landa.

The simultaneous raids were conducted at the residential and other premises linked to Lakhbir landa of Harike village of Tarn Taran district, in all the districts of Punjab in the ongoing cases. The operation was aimed at disrupting the nexus between terrorists, gangsters and drug smugglers based in India and Abroad.

“Today’s searches were planned after the questioning of several persons in the recently busted modules backed by Lakhbir Landa, besides, to infuse fear among the anti-social elements and instil a sense of safety and security among the common people,” he said.

Sharing more details, Additional Director General of Police (ADGP) Law and Order Arpit Shukla said that several persons have been detained for further verification and incriminating material has been seized from their possession, which is being further examined.

He said that the data collected during the search operation is being examined further.

Notably, Canada-based gangster turned terrorist Lakhbir Singh alias Landa, involved in various criminal activities in Punjab and Abroad, is most wanted criminal by the Punjab Police. He is a Category-A gangster who after committing various crimes fled to Canada in 2017. Sitting in Canada, he runs a network of gangsters involved in extortion, killings and other terror crimes in Punjab. He has been indulging in these crimes in association with his other associates based in different countries. He is close associate of Harwinder Singh alias Rinda based in Pakistan and actively supported by ISI of Pakistan.

He was mastermind in recent RPG attacks on intelligence Headquarters and Police Station building of Sarhali. He has been facing as many as 31 FIRs pertaining to murder, NDPS act, extortions, ransom and spreading terror, registered against him.