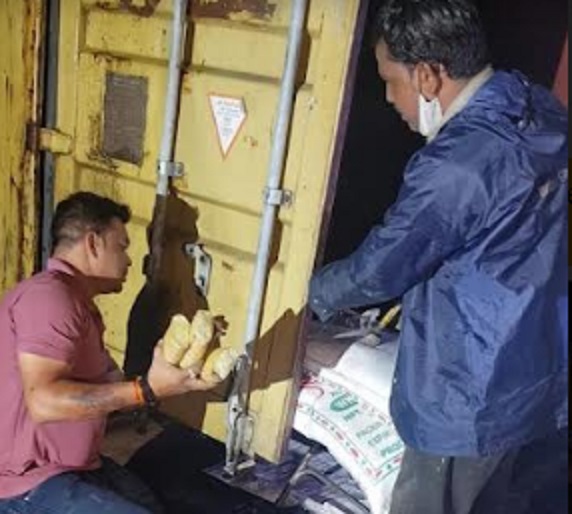 Punjab police recovered 73Kg heroin from a container at the Nhava Sheva Port in Mumbai,

In another shot in arm of the Punjab Police amid an ongoing war against drugs, another big haul of approximately 73Kg heroin was recovered from a container at the Nhava Sheva Port in Mumbai. The intelligence-led operation regarding the smuggling of heroin from UAE was carried out jointly by the teams of Punjab Police and Maharashtra Police, said Director General of Police (DGP) Punjab Gaurav Yadav here on Friday.

The seizure of this big haul was made by Punjab Police in less than 72-hours of recovering 75Kg Heroin from a container at Mundra Port in Gujarat. With this recovery, the Punjab Police has got effected recovery of total of 148Kg heroin within three days.

“The contraband was kept concealed in the door border of the container containing white marble tiles imported by Delhi based importer ‘Nandani Traders’,” said the DGP, while adding that after concealing the contraband, the accused persons had meticulously welded the door border and painted it again.

DGP Gaurav Yadav, while terming this recovery as another achievement of the Punjab Police, said that this recovery was made in the continuation of the ongoing campaign against drugs. The war against drugs will continue, he reiterated.

The DGP said that after following due procedure and documentation by Maharashtra Police, the container was opened up which led to the recovery of a big haul of 73Kg heroin. The Police are carrying out further investigations to ascertain backward and forward linkages, he added.

Meanwhile, the Maharashtra Police has registered a case under relevant sections of the NDPS Act.