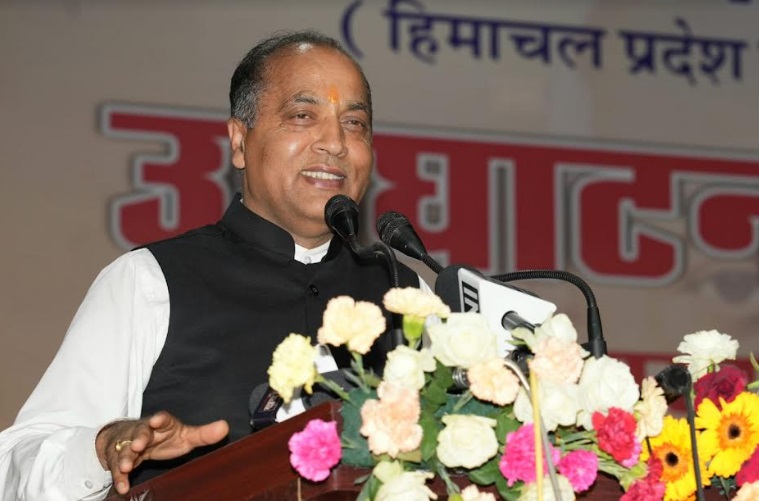 While addressing the inaugural ceremony at the auditorium of Dev Sadan Mandi, Chief Minister   announced that College and University teachers would be provided revised UGC scales and notification in this respect would be issued within a month. He said that this day would go down in the annals of the State as a golden moment that second Government State University has come into existence in the State after 52 years with an aim to enable the youth of the State to get higher education nearer to their area. He said that after the formation of Himachal Pradesh, the first State University was established in Shimla on 22 July 1970.

While urging the faculty and students of University to work diligently and with missionary zeal for the bright future of this institution, Chief Minister said that  this University has been named after Sardar Vallabhbhai Patel, the Iron Man of India as a mark as of respect to his contribution in building a united India by integrating the princely states.  He said that a statue of Sardar Patel would be installed in the campus.

Jai Ram Thakur said that students coming from far flung areas of the State would be benefited by the establishment of a new University in Mandi since Mandi was situated in the middle of Himachal, students of five districts would now need not have to travel to Shimla for college-university related work.  He said that having two universities would also increase PG seats and students would be able to take admission easily for higher education and the burden of Himachal Pradesh University Shimla would also be reduced.

While nostalgically remembering his college days, the Chief Minister said that Vallabh Government College, Mandi during the year 1986-87 had over 4000 students and even today it was biggest College of the State with over 6000 students. He said that whatever he has learnt during his college days, was helping him today to overcome different hurdles in life. He said that Rs. 27 crore has been spent on construction of Vallabh campus and it would be completed by September this year. He said that it was a proud moment for him that a former student of this College has today dedicated the second University of the State to the people of the State.  He said that appropriate land would be identified for setting up the campus of this University and till then classes would start from the existing campus from July this year.

Jai Ram Thakur said that the first phase of Shiv Dham was nearing completion and once completed this would become an added attraction for the tourists. He said that the Medical University at Mandi has also been established at Ner Chowk. He said that Greenfield Airport of Mandi would be taken in hand soon, which would be the biggest project for the district. He said that the company would be established soon with the Airport Authority of India and the process of land acquisition would be started soon. Municipal Corporation for Mandi was also the gift of the present State Government to the people of Mandi town, he added.

Earlier, the Chief Minister inspected work ongoing in the University campus. He directed the officers of executing agencies to ensure time-bound and quality construction of this ambitious project.

He also unveiled the inaugural plate and logo of Sardar Patel University, Mandi on the occasion.

Chief Minister was also felicitated by his batchmates of 1987 batch of Vallabh Degree College Mandi on the occasion.

Jal Shakti Minister Mahender Singh Thakur thanked the Chief Minister on behalf of the people of the State in general and Mandi in particular to set up a State University at Mandi. He said that the four and a half year tenure of the present State Government headed by the Chief Minister Jai Ram Thakur has ensured development of every section of the society and every area of the State. He said that not even a single case of corruption has been reported in the State during this period, which vindicates the policy of zero tolerance of the State Government towards corruption.

Education Minister Govind Singh Thakur said that the State Government has accorded top priority to provide quality education to the student and Rs. 8412 crore have been earmarked for this vital sector during the current financial year. He said that the Sardar Patel University would prove a milestone for the students of the State.

Principal Secretary Education Dr Rajneesh said that the Chief Minister Jai Ram Thakur has always remained considerate towards strengthening the education infrastructure in the State. He said that with quality education one can achieve the growth of ten per cent and the National Education Policy aims at achieving this objective. He said that multi-disciplinary courses would be available in this University to facilitate the students studying in this institution. He said that the first drone flying training school has been established at Shahpur in Kangra district and as many as 75 students have passed out from this school.

New roadmap has been prepared for the development…