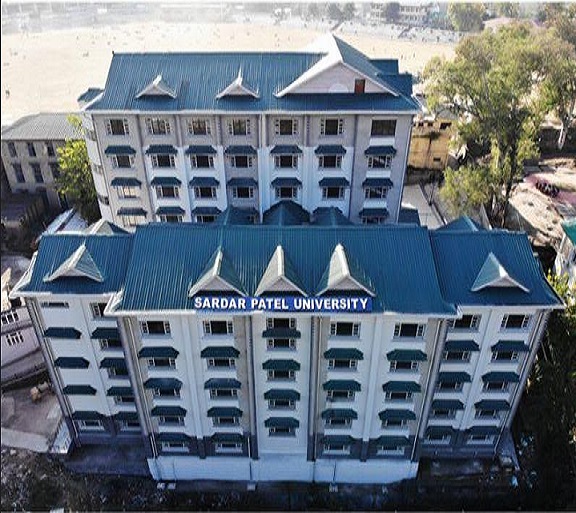 The State Government is paying special attention to the expansion of higher education under the visionary leadership of Chief Minister Jai Ram Thakur. Apart from the establishment of excellent educational institutions, the higher educational institutions are being endowed with modern facilities by properly utilizing the grant received from the Central Government through RUSA. Establishment of a second state university in Mandi will prove to be an effective step in the direction of making higher education accessible to the remote areas of the state.

After the formation of Himachal Pradesh, the first state university named Himachal Pradesh University (HPU) was established at the capital city Shimla in the year 1970. It was the only multi-faculty residential and affiliating university in the State that provides higher education to urban, rural and tribal areas through formal and distant modes. Performing outstandingly in the field of higher education, HPU stands for knowledge, learning, progress, humanity, tolerance, intellect, morality, determination, thought and discernment.

Higher education through HPU expanded progressively and the number of research scholars and students also increased. New colleges were opened in the state. In such a situation, the academic and administrative burden was increasing on HPU and for a long time the need for another university in the government sector was felt in the state. The establishment of private universities greatly helped in the spread of higher education, but the need for another state university remained.

The present State Government, after assuming power under the able leadership of Chief Minister Jai Ram Thakur, took the first step towards providing higher education facilities to the youth of remote areas of the state near their homes by establishing a Cluster University at Mandi. Now expanding this, a second state university has been established as Sardar Patel University (SPU) with a vision to disseminate and advance knowledge, wisdom and understanding by teaching and research. SPU came into existence on 1st April, 2022 by an Act of H.P. State Legislature and was duly unveiled by Chief Minister Jai Ram Thakur at Mandi on June 26, 2022.

About 141 government and private colleges in five districts of Kangra, Chamba, Kullu, Lahaul-Spiti and Mandi will fall under Sardar Patel University, Mandi. Out of these, 68 are state colleges, 36 B.Ed. College and 8 Sanskrit colleges. Remaining 160 colleges of seven districts Shimla, Hamirpur, Bilaspur, Una, Sirmaur, Solan and Kinnaur will fall under HPU Shimla.

Earlier, youth from far flung areas of Pangi-Bharmaur of Chamba to tribal areas of Lahaul-Spiti had to face many difficulties in reaching Shimla to get higher education. Parents used to refuse many times especially to send girls so far for education. Now with the establishment of the state university in Mandi, the journey has come down to less than half to these youths of remotest areas.

With the establishment of the second state university, the seats in various subjects of higher education have also increased. Youth forced to take education through distance education systems due to limited seats or other reasons but will now be able to take admission in regular classes for higher education. Job opportunities for educated youth will also enhance as various posts in the university are being filled up.

Along with the establishment of new educational institutions, the state government is also paying special attention to strengthen the existing educational infrastructure. Rashtriya Uchchatar Shiksha Abhiyan (RUSA) has been implemented to improve the higher education system in the state. Under this scheme, Rs. 231 crore has been sanctioned by the central government. Out of this, Rs. 176 crore has been released. About 92 crores were approved by the Government of India in the year 2018-19, of these, 90 percent is the central share and 10 percent state’s share. Out of this, an infrastructure grant of Rs. 20 crore has been provided to HPU, infrastructure grant of Rs. 52 crore to 26 colleges, Rs. 12 crore to a new model degree college and Rs. 8 crore to make two other degree colleges as model colleges.

With the constant efforts of the present state government, Himachal has witnessed wide expansion in the field of higher education. Situated in the middle of the state Mandi district is also attaining new heights in higher education, with reputed institutions like Indian Institute of Technology (IIT), Atal Medical and Research University, SLBS Government Medical College, Nerchowk and now the establishment of second State University, this cultural city is emerging as the hub of higher education.