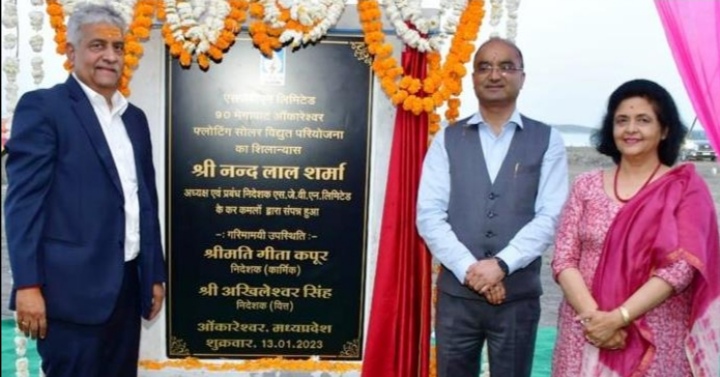 Nand Lal Sharma informed that the project is being developed by SJVN’s wholly owned subsidiary, SJVN Green Energy Limited (SGEL). The project was bagged @ Rs. 3.26 per unit on Build Own and Operate basis through Open Competitive Tariff based Bidding conducted by REWA Ultra Mega Solar Limited (RUMSL). The Power Purchase Agreement was signed between SGEL, RUMSL and M/s M.P. Power Management Company Limited (MPPMCL). In the latest development, EPC contract for the project has been awarded to M/s Larsen & Toubro Limited.

Nand Lal Sharma further stated that an investment of Rs. 650 crores will be made on this project. As per the contract agreement, project is scheduled to be commissioned by December 2023. Energy generation of 196 million units in first year and cumulative energy generation of about 4570 million units over a period of 25 years is expected from the project. On commissioning, carbon emission reduction to the tune of 2,23,923 Tonnes is expected which will be a significant contribution in Government of India’s mission of net zero carbon emission by 2070.