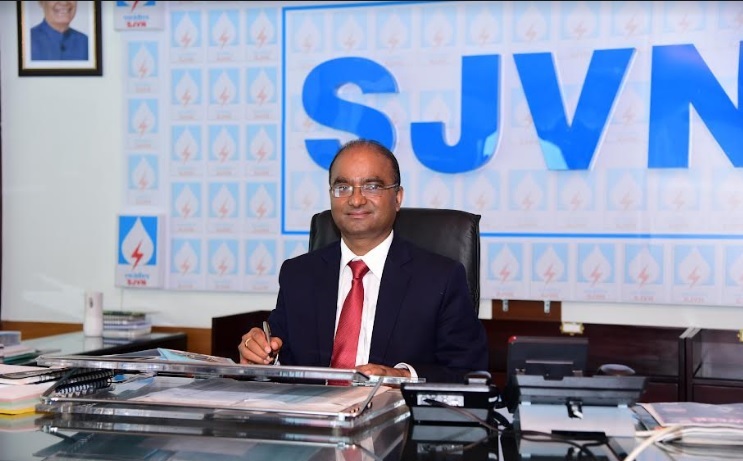 Nand Lal Sharma, Chairman & Managing Director, SJVN today informed that the company has registered a jump of 12.29% in power generation during first quarter of current fiscal year from all its six Power Stations. During the quarter, 2736.3 MU has been generated which is 299.7 MU more than the power generated in corresponding quarter of previous fiscal year.

Applauding the hard work of all the SJVNites, Nand Lal Sharma said “technical expertise and excellence in plant maintenance and optimum utilization of the available resource has led us to this achievement. Our Power Stations have been setting and surpassing records in generation which reflects our commitment to be part of the expeditious carbon neutral growth of the nation.”

India’s premier power PSU SJVN, started with a single hydro project in 1988 has since ventured into the field of wind, solar & thermal energy and power transmission. The company has also diversified into power trading and have solid footprint in various states of India and neighbouring countries of Nepal & Bhutan. SJVN is steadfast to actualise the Government of India’s vision of achieving 500 GW installed capacity from non-fossil fuel sources by 2030. Company is also committed to achieve its Shared Vision of 5000 MW by 2023, 25000 MW by 2030 and 50000 MW installed capacity by 2040.