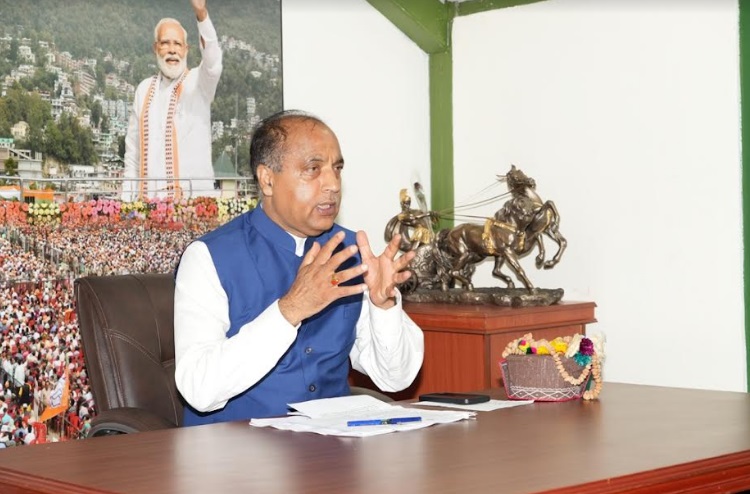 State Government has increased the wages of daily wagers by Rs. 50 per day during the current financial year: Jairam Thakur

Chief Minister Jai Ram Thakur said that State Government has increased the wages of daily wagers by Rs. 50 per day during the current financial year which was the highest in itself. Chief Minister was addressing a delegation of Bharatiya Mazdoor Sangh that called on him at Oak Over Shimla today.

Chief Minister said that a meeting would be convened with the officers of the State Government and representatives of Bharatiya Mazdoor Sangh so that various issues could be redressed amicably. He said that all the demands of the Sangh would be considered sympathetically.

President of Bharatiya Mazdoor Sangh Madan Rana while thanking the Chief Minister for taking several initiatives for the welfare of the working class urged him for speedy redressal of certain issues of the Sangh.