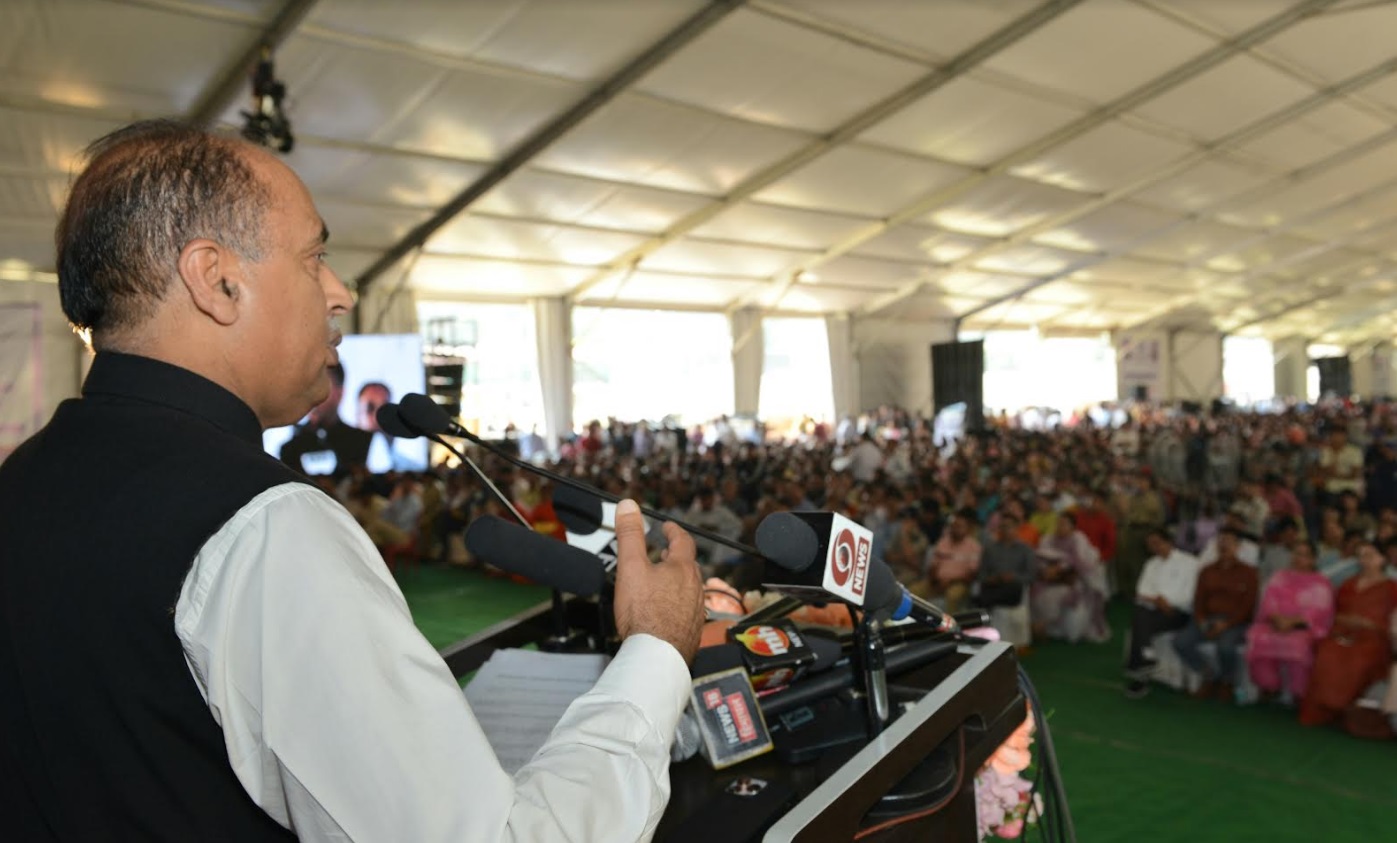 CM launches laptop distribution program to provide free laptops worth Rs. 83 crore to about 20,000 meritorious students of the State

Chief Minister Jai Ram Thakur launched laptop distribution program to provide free laptops to about 20,000 meritorious students of the State under Srinivasa Ramanujan Student Digital Scheme in an impressive function held at Paddal Ground at Mandi today.  An amount of Rs. 83 crore has been spent on this. All the Ministers attended the event in their respective districts and distributed laptops to the meritorious students on the occasion.

While addressing the teachers, students, parents and other dignitaries on the occasion, the Chief Minister congratulated the meritorious students for getting laptops on the occasion. He said that an educated citizenry was the biggest asset for any democratic society and students are known for their readiness to fight for all right causes since their thoughts are pure and honest. He said that this feat of the students would motivate the other students to excel in academics and win a laptop next time. He said that Himachal Pradesh has made unprecedented progress in the field of education. He said that Himachal Pradesh has even surpassed Kerala in several parameters in the field of education, which was an honour for all of us. 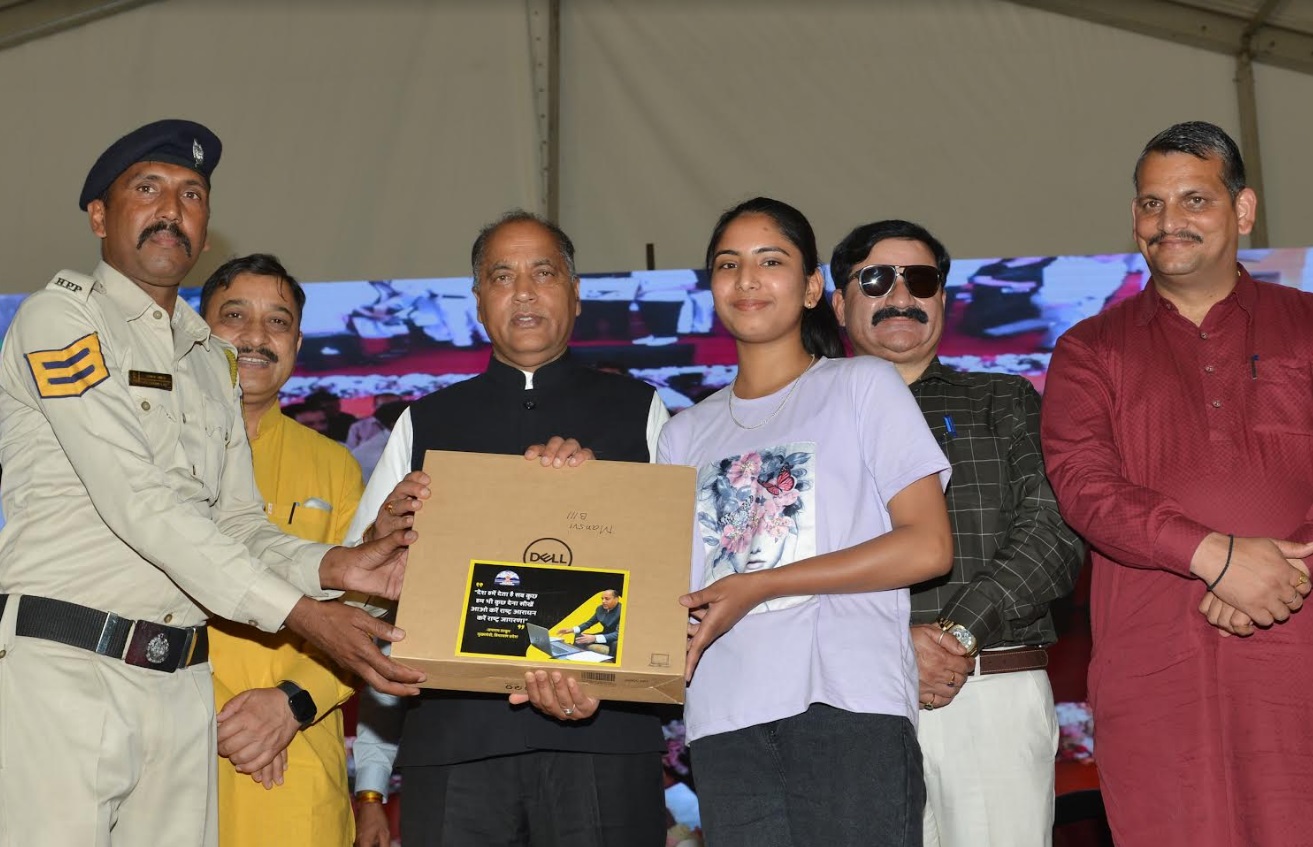 Jai Ram Thakur said that the State Government was giving topmost priority to provide quality education to the students, with special focus on education of girl students. He said that in earlier days people took girl education casually, but now the times have changed and girls were excelling more than the boys in studies. He said that this has ensured women empowerment.

The Chief Minister said that the State Government has opened a new State University in Mandi to facilitate the students of nearby districts to get higher education nearer to their homes. He said that this University would start functioning with full strength at the earliest. He said that the University and college teachers would be provided UGC scales soon.

Jai Ram Thakur also interacted with the meritorious students of different districts. All the students thanked the Chief Minister for providing them laptops as it would help them in their studies. He advised the students to work hard as there was no shortcut to success. He also wished the students success in their lives.

The Chief Minister also released a Booklet brought out by the Directorate of Education on the occasion. He also released Signature song of ‘Aazadi Ka Amrit Mahotsav’. The song has been composed and sung by Dr. Gopal Krishan, Prof. Surender Sharma, Dr. Satish Thakur, Dr. Lal Chand and Dr. Hem Raj.

A documentary ‘Shiksha Ke Naye Aayam’ highlighting the achievements and milestones the State has achieved in the field of education was also screened on the occasion.

As many as 2900 meritorious students of Mandi district were distributed laptops on the occasion.