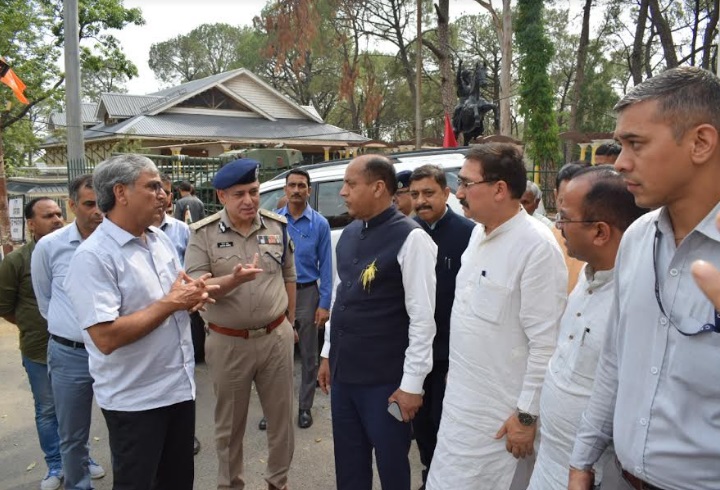 The Chief Minister took stock of the preparations for the Prime Minister’s visit to Dharamshala.

After reaching Dharamsala Today, the Chief Minister Jai Ram Thakur took stock of the preparations for Prime Minister Narendra Modi’s two-day visit from June 16 . He presided over the review meeting organized in relation to the preparations in the NIC conference hall of the Deputy Commissioner’s office.

The Chief Minister directed the concerned officers to ensure various arrangements as per the protocol. He also reviewed the preparations for the road show.

Chief Minister Jai Ram Thakur said, “ during the road show, various cultural groups of the state would welcome the Prime Minister with their traditional costumes and musical instruments on Thursday in Dharamsala.”

Earlier, the Chief Minister also visited the venue of the All India Conference of Chief Secretaries and the route of the road show .