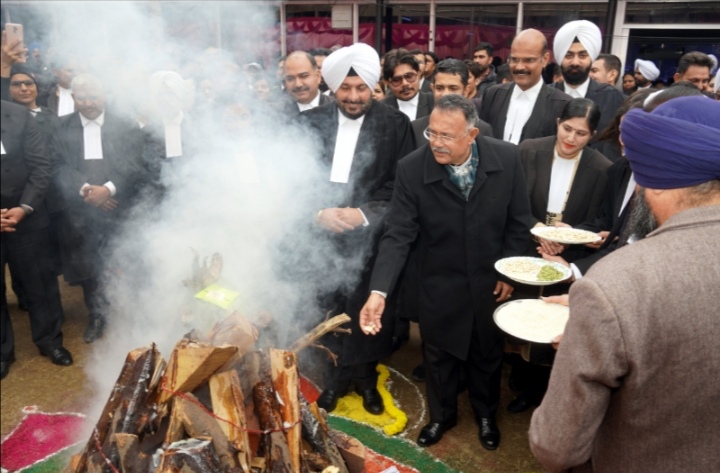 The festival of Lohri is celebrated with great enthusiasm in the country, especially in the northern part of India. By default, Lohri – a Punjabi festival – is celebrated on 13 January each year. On this special day Punjabi farmers observe the day after Lohri (Maghi) as the financial new year.

The Chief Justice of the Punjab and Haryana High Court Sh. Ravi Shanker Jha, Chief Justice along with other Hon’ble sitting and retired Judges were present on the occasion. Worthy President of Punjab and Haryana High Court Bar Association Sh. G.B.S. Dhillon presented a bouquet to the chief guest after the then Honorary Secretary Sh. Jasmeet Singh Bhatia declared the Lohri festival open with rituals in the presence of Hon’ble Members of the Bar and Staff.

The program started with Hon’ble Chief Justice lighting up the Lohri Bonfire and offering Revdi and groundnuts in the fire of Lohri in the echo of songs, after then the advocate artists themselves entertained everyone on the stage with comedy, jokes and melodious songs. Even as the festival ended, the moments spend in the festival would be some of the most enjoyable memories.

Touching the sky of her dreams with the…