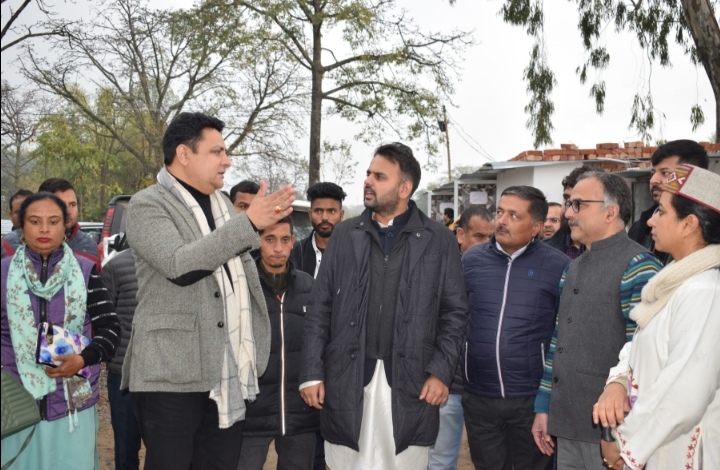 The Software Technology Park in Chaitru shall be ready by year end : Gokul Butail

Gokul Butail said that this IT park will be built in a total of 50 kanals of land, the  construction  work by Software Technology Park of India has already  been started on 21 kanals area  and  will be completed by the end of this year. He said, “this IT park would   further be expanded soon in the remaining 29 kanals of land.” He informed that the facility of the incubation center will be made available for startups in this software technology park. He added that youth interested in start-ups from the country and abroad will be provided space here to work on their ideas. He instructed the officers to complete the formalities related to their construction soon.

Dharamshala MLA Sudhir Sharma said that the state got this IT park during the tenure of the previous Congress government. He said that its construction was very slow in the last five years, but after the Congress government lead by Sukhvinder Singh Sukhu took the charge in Himachal , the speed of its construction has been increased and by the end of this year this software technology park will be dedicated to the area.

He said that this IT park will play an important role in the development of Dharamshala.