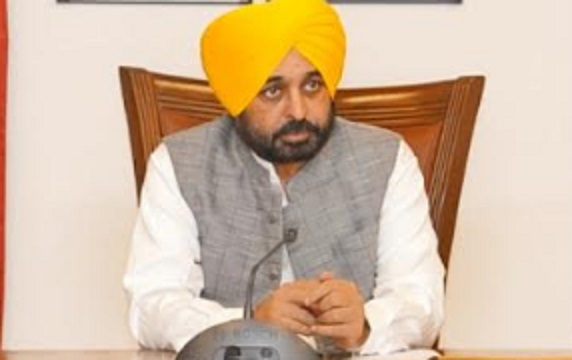 In order to enhance the efficiency of the Revenue department, Punjab Chief Minister Bhagwant Mann today announced to reduce the training period of newly recruited Patwaris.

Addressing the gathering during a function to distribute District Allotment letters to newly recruited 855 Patwaris here at Municipal Bhawan, the Chief Minister said that the reduction in training period will enhance the efficiency of the Patwaris working in the field thereby facilitating the common man. He said the state government is committed for streamlining the affairs in each and every department for ensuring that people don’t face any problem. Bhagwant Mann said that this is need of hour for the progress of the state and prosperity of its people.

Striking an emotional chord with the new recruits, the Chief Minister said that they must use their pen for delivering service to people in a fair and transparent manner. He said that the Patwaris must dispense their services honestly so that people don’t face any problem. Bhagwant Mann expressed hope that Patwaris will stay grounded and serve the people with utmost professional commitment.

Congratulating the Patwaris, the Chief Minister said that it is result of their hard work, consistency and commitment. He said that the youth who have worked hard deserve this post as they have cleared the cut throat competition totally on merit basis. Bhagwant Mann said that more such transparent recruitments are in pipeline and will be completed soon.

Making a scathing attack on the previous governments, the Chief Minister said that though his government is taking path breaking initiatives for public welfare in its initial days but his predecessors didn’t do such work even at the fag end of their tenure. He said that his government has in a few days done works which have not been accomplished in last 75 years. Bhagwant Mann said that he will continue to serve the people with the same passion and missionary zeal in coming times too.

The Chief Minister said that people get elated with every passing day due to pro-people and growth oriented policies of the state government. Bhagwant Mann said that people of Punjab have bestowed huge responsibility on him and he will discharge this zealously. “People of Punjab are very happy since formation of our government as with dawn of every day deserving people get the jobs and corrupt ones get jail”, he added.